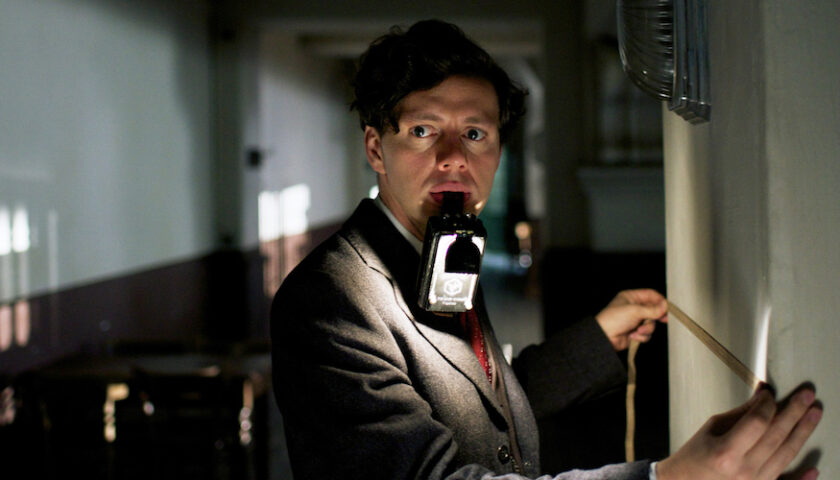 Disaster movies used to be fun. Back in the ’70s, they were filled with aging movie stars, many very much in need of a commercial hit, doing things like flying crippled planes, desperately attempting to rescue earthquake victims, swimming underwater in an upside-down ocean liner, and jumping off burning buildings.

1Writer-director Lindsay Gossling’s 13 Minutes takes a different approach to the venerable genre. The film uses the familiar disaster movie template to concentrate on hot-button social issues, and boy, there are plenty of them. Before and after a monster tornado wreaks havoc on a small Oklahoma town, the characters grapple with such problems as undocumented immigration, closeted homosexuality, abortion rights, religious intolerance, access to health care, and physical disability. By the time the tornado finally shows up, nearly an hour into the proceedings, it arrives as a blessed relief.

This being a low-budget effort, the film doesn’t feature contemporary movie star equivalents of the likes of Paul Newman, Steve McQueen, Gene Hackman or Charlton Heston. The ensemble instead consists of such actors as Paz Vega, Amy Smart, Thora Birch, Yancey Arias, Sofia Vassilieva, Anne Heche, Laura Spencer, Trace Adkins and Peter Facinelli, all of whom do yeoman work but don’t display the star wattage to make us care whether their characters live or die.

Various groups of characters intertwine over the course of one fateful day. The staunchly religious Rick (Adkins) and Tammy (Heche) struggle to keep their farm financially afloat, with Tammy also works at a health clinic where she attempts to persuade young women seeking abortions to have their babies instead. One of those she tries to convert is teenage Maddy (Vassilieva), whose single mother offers a different perspective. Hard-working hotel maid Ana (Vega) very much wants to buy a house for her and her fiancé, Carlos (Arias), but his illegal status prevents him from landing a good-paying job. Rick and Tammy’s closeted gay son, Luke (Will Peltz) finally comes out to his parents, who coldly reject him.

The final set of characters are more familiar types in a movie such as this: an emergency manager, Kim (Smart), who’s keeping track of the tornado, and her television meteorologist husband, Brad (Facinelli). The couple have a young daughter who cannot hear or speak (Shaylee Mansfield, deaf in real life and a very natural screen presence) and who, needless to say, becomes seriously endangered when the storm hits.

The title refers to the impossibly brief amount of time the townspeople are given to get to a shelter before the calamitous tornado arrives, and those moments are the most compelling in the film. Unfortunately, the lengthy character-setting preamble and the climactic segment, which mainly involves survivors desperately combing through the rubble to which the town has largely been reduced, are far less urgent. Not to mention that anyone who’s seen Twister or Into the Storm will be unimpressed by the low-budget special effects on display.

13 Minutes means well in its exploration of social issues in the American heartland, which, aside from religious and opioid-themed dramas, doesn’t get nearly as much big-screen screen attention as it should. But this effort will satisfy neither those looking for sensitive, character-driven drama nor disaster movie fans, the latter of whom will be disappointed by the relative lack of cinematic mayhem.