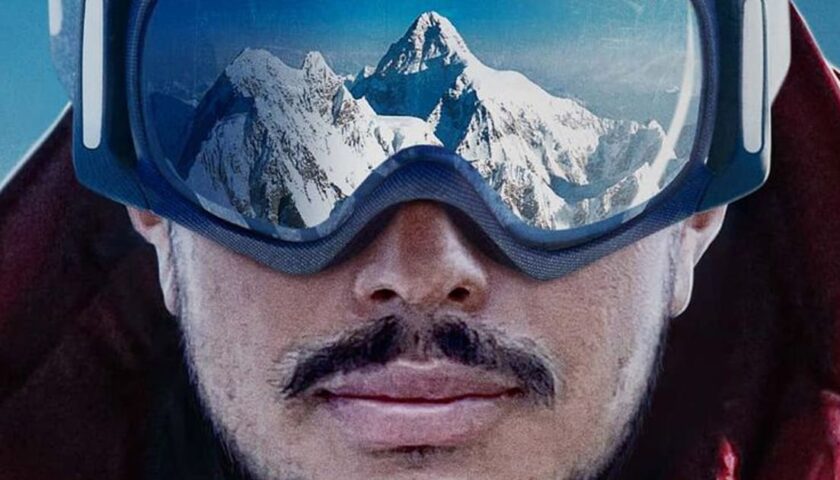 14 Peaks: Nothing Is Impossible tells the gripping story of a Nepali mountain climber who summited the world’s 14 highest mountains in just seven months. The film is executive produced by documentary power duo Jimmy Chin and Elizabeth Chai Vasarhelyi, whose 2018 Academy Award-winning Free Solo has led to a renaissance of documentaries centered around extreme mountain climbing.

Set in the spring, summer and fall of 2019, the documentary follows Nimjal “Nims” Purja as he pursues his lofty goal, which he entitles “Project Possible.” His quest spans Nepal, Pakistan and China and pertains to the 14 mountains whose peaks are higher than 8,000 meters. This exclusive list of summits ranges from some of the world’s most famed peaks, such as Mount Everest or K2, to a variety of lesser-known mountains. The film captures all of Purja’s decisions and the hardships that he endures throughout his journey. Some of these include: his decision to traverse back up one of the mountains after descending to rescue a lost climber, his legal battle to enter Tibet to climb the peaks located there and his struggle to pursue his goals while tending to his elderly mother, who suffers from health issues.

The documentary’s structure is extremely straightforward. The first half of the film bounces between footage of Purja climbing one of the peaks and testimonials from his family and friends about his past before the Project. The second half focuses solely on his journey, specifically because of the increasingly difficult terrain and weather conditions that threaten both his dream and his life.

14 Peaks recognizes the insanity of Purja’s goal, as evident by the film’s approach. The documentary is filled with incredibly crisp visuals, usually shot by drone, that capture just how high, rocky and steep each of the mountains are. By using a variety of different methods to relay different aspects of Purja’s climbing experiences–including direct on-mountain filming, interviews with Purja and, in some cases, even animation–director Torquil Jones captures Purja’s skill, courage and surprising nonchalant demeanor when it comes to climbing. This is relayed through scenes of Purja and his crew at base camp, partying the night before planning, or interviews with Purja where he explains that he doesn’t need to rest before climbing. While the first half’s back-and-forth structure is unnecessary, the choice to relay all of the aspects of Purja’s life works in the film’s favor, providing a portrait of both a journey and a character at the same time.

While Purja’s goal of conquering the 14 Peaks is the central conceit of the film, his journey is extremely large to fit within the documentary’s runtime of just 101 minutes. The film does a commendable job of capturing various hardships that arose on Purja’s expeditions as well as using new formal techniques to help each climb stand out from the one before it. Even so, the film moves too quickly, trying to explore too much in too little time. The story’s frantic pacing often makes the film play like a sampler pack of Purja’s journey, never spending enough time on one climb or aspect of his project to grant viewers deeper access to the story. As a result, even with the film’s emphasis on just how difficult Project Possible was, the stakes never really seem as high as they should.

Even with this setback, the simple yet captivating nature of 14 Peaks is enough to make it worth a watch. Additionally, Purja’s story is an excellent reminder of what amazing things can be achieved when one chooses to follow their dreams, not approaching it as something to be conquered but instead, something to be experienced.