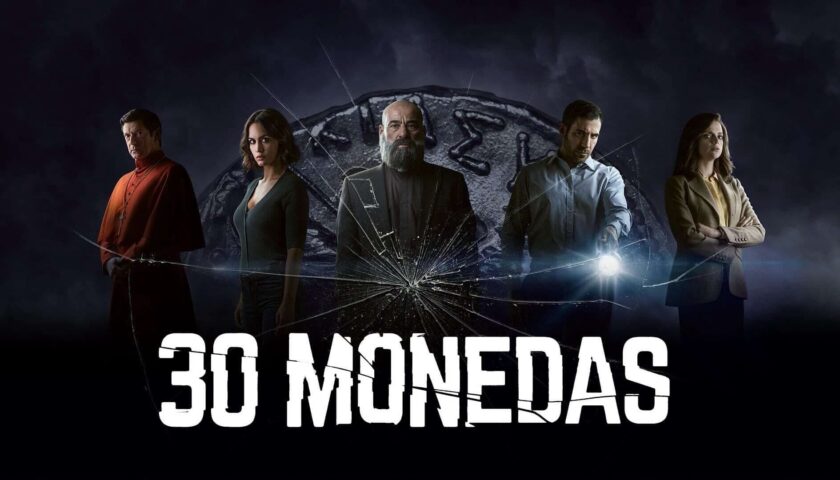 Álex de la Iglesia’s spot on the Mount Rushmore of Spanish genre filmmakers was cemented long ago thanks to cult classics such as “The Day of the Beast” and “Common Wealth,” finding more recent success with local hits like “The Bar” and “Perfect Strangers.”

The filmmaker has now turned his attentions to TV with his new high-end horror series “30 Coins,” already a hit in Spain where it is has been wowing local critics and trending on social media for the three weeks since its release. Produced by de la Iglesia’s Pokeepsie Films for HBO, the series will cross the Atlantic and debut with a two-episode double-feature on HBO’s linear network in the U.S. on Jan. 4, and be available to stream on HBO Max.

“’30 Coins’ presents a fantastic opportunity to highlight the great work being done within this company internationally. The uniquely captivating world created by Álex de la Iglesia transcends genre and language, and our viewers are in for a wild ride,” Casey Bloys, chief content officer at HBO and HBO Max, told Variety after announcing the series’ U.S. debut.

Loaded with dark humor, demonic incantations and buckets of blood, all hallmarks of his storied film career, de la Iglesia’s series sees ex-boxer and disgraced priest Padre Vergara team with local mayor Paco and veterinarian Elena to combat the combined forces of hell and a clandestine religious organization looking to collect the 30 pieces of silver Judas was paid after turning on Jesus in his final days.

The first few episodes of “30 Coins” feels like the beginning of any good gaming campaign in that the story is very contained. We get short clips of the broader story happening globally, but almost the entirety of each episode unspools in this tiny, rural village.

De la Iglesia: I wanted this story to be told through the lens of the everyday life and customs of the village. Each story I tell has an atmosphere, and that’s what I had in mind for this show. The characters aren’t epic heroes, in fact it’s quite the opposite, they’re almost familiar. I wanted them to fight demons by night then have to wake up for a City Hall meeting at 8:00 a.m. I like seeing characters wrapped in cosmological dramas while also having to continue in their normal lives.

Keeping with the analogy, you’ve filled the village with colorful NPCs (non-player-characters) and there is something gratifying each time they pop up. This feels like a series that will be fun to watch a second time to look for characters we’ve grown attached to in later episodes.

De la Iglesia: For me the best thing would be for people not to just watch the series, but that they feel they’ve lived the series. I want them to feel like they’re from this village and to have a relationship with those characters.

“30 Coins” feels custom made for HBO. How did that relationship come about?

De la Iglesia: This series, like so much of my work, was rejected many times before HBO arrived in Spain. As soon as HBO came on the scene, I said I wanted to go with them because I felt that with them, we could do the impossible. After seeing the script, Miguel called me and said simply, “I want the series.” That was so unusual for me after a pitch, that’s not normally how it works. It gave me so much pride and satisfaction that this series was something special.

Salvat: What we were most interested in is Alex’s voice and his universe. We always felt the most precious aspect of this series is Alex’s vision, so we worked with Steve to keep that intact.

Matthews: Most of my input is as the script guy and I work on a lot of different projects from our slate, so that’s a key philosophy to me. I think it’s something we’ve done really well over the years. It’s my job to help Alex with what he’s trying to do and never impose something different. This was a real joy because what he wanted to do was clear, which was his genre turned up to the max. Everything up to 11.

Root: I’m less an aficionado of the horror genre, or indeed of gaming, but I just looked at the Swiss watch precision he has in the way he writes a scene. The way he constructs an episode. This was one of the fastest moving reads I can recall of anything that we’ve been involved with. You just had to turn the next page.

This series is going to land in the U.S. on Jan. 4 and will play on HBO’s linear channel. That seems exceptional for a series from Spain.

Root: It is. Obviously, our friends at HBO Latino have had lots of exceptional Spanish-language content in the past. But there were two shows from HBO Europe this year that the HBO linear channel is going with, “Beartown” from Sweden, which is a vastly different kind of show, and this one. It’s enormously rewarding, and we’re thrilled to have pulled off the feat twice this year.