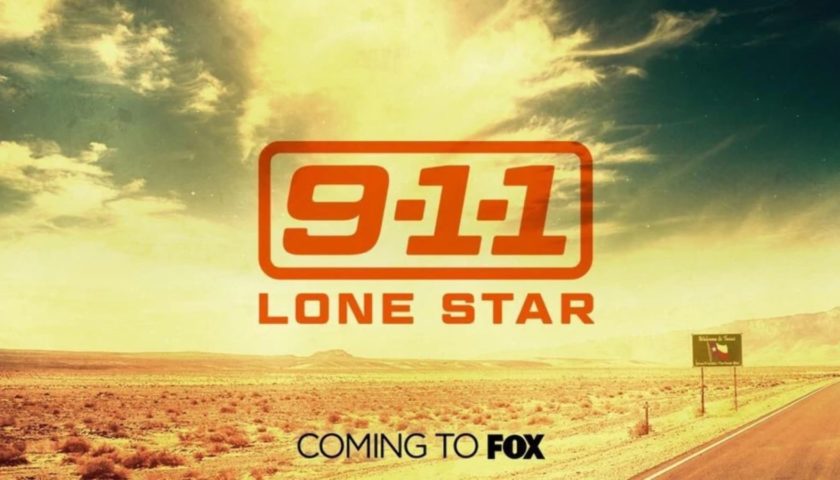 In some ways, Rob Lowe is a fit for the Ryan Murphy universe. Something about his actorly vanity — so much a part of his star persona that it tends to impact every project he works on — feels lurid and unseemly in exactly the bad-taste way as does much of Murphy’s work. A plotline, for instance, in which a cancer patient has to choose between lifesaving treatments and his hair-regrowth therapy might be a tidy morality tale of the sort that bulk out “American Horror Story” episodes.

But, strangely enough, Lowe is not on one of the shows that bear its creator’s signature dark mania, but instead within the expanded Murphy universe on the sunny, fun new drama spinoff “9-1-1: Lone Star.” And Lowe’s plotline about choosing between his hair or his life is played for sympathy, as part of an overall heroic man’s journey towards a better understanding of himself. Maybe it could be that with yet more narrative massaging than it gets here — if we hadn’t seen this particular side of Lowe so many times before.

The show seems to have started from the casting of its leads before contemplating what really makes sense for the project. Lowe plays Owen Strand, a former New York City firefighter (but he grew up in Los Angeles, a bit of exposition that helps make Lowe, about the least New York celebrity one could imagine, make more sense), before his recruitment to lead the Austin fire department. His costar, a very momentary rival before quickly becoming a partner in flirty banter, is Liv Tyler, who has to shoulder the gritty burden of intubating patients while remaining as ethereal as, well, Liv Tyler. (As a side note, why is it always intubation on these shows? Even by the standards of medical dramas, it’s uniquely not for the faint-hearted.)

“9-1-1: Lone Star” isn’t misbegotten: Its bones, coming as they do from its forerunner series “9-1-1,” are solid, and aspects of its conceit are sweet, if at times so utopian as to defy belief. Owen has been hired by the city of Austin to rebuild its fire department after tragedy and does so by bringing together a team that looks vastly more like America than do most fire departments, including a devout Muslim woman (Natacha Karam), and a trans man of color (Brian Michael Smith), and Owen’s own son, a gay recovering addict (Ronen Rubinstein).

Their presence is welcome; doing justice to their stories in as fully rounded a manner as is the matter of Owen’s hairline will take some time, but will be worth doing. The presence of a charismatic and inclusive ensemble is enough to make one wish the show were able to pull back a bit more from its lead. It’s not quite an emergency, just something that will take doing as the show evolves — assuming it’s given the chance to do that it deserves.