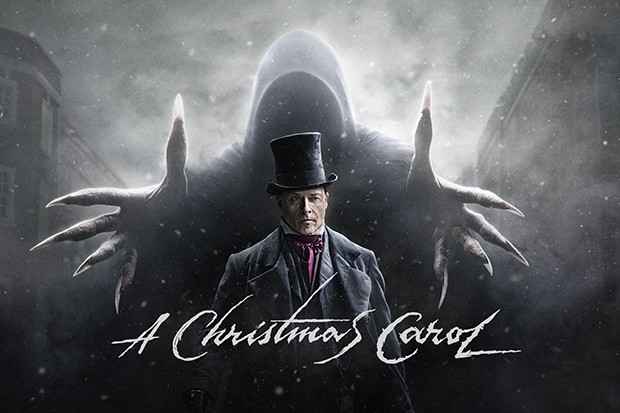 DARK. The delicious scenery typical to FX productions is here again! Wonderful acting, and quite a few surprises. NOT FOR KIDS, and honestly it is not for many adults.

Complete with adult, distressing scenes, this isn’t your grandma’s “A Christmas Carol.” A content warning definitely is warranted prior to anyone watching this film, especially as we have all been brought up with the original, light versions of this wonderful story. Animal abuse and death, child abuse and worse, deep humiliation and loss of self-worth are rampant in this retelling. This version has no love between Scrooge and anyone, not even his sister Lottie (“Nell” in previous versions). This is explained in time, as well as why Scrooge hates Christmas so and also why Mrs. Cratchit absolutely loathes the mention of Scrooge’s name. There is no doubt by halfway through this film why Scrooge cannot utter anything but “humbug” when anyone tries to make merry and light during this festive season.

There were things that could have been improved, however. It seemed like the production was too grand for its own good during the first 2/3 of it. It seemed like it wanted to be a nearly 5-hour film, but it was almost as if the rest of the story had to be squished into the final 1/3 of the running time. Guy Pearce was incredible, but slipped back and forth between his natural Australian dialect and sounding like a Londoner. Neither Scrooge nor Marley appeared old or miserly at all; however, Scrooge did seem to age as he was tortured with his past (but never had even fully grey hair).

If you have ever wondered why Scrooge hated Christmas so, as well as the other little tidbits not really explored in Dicken’s original text, then this film is for you … that is, if you can handle the darkness and distressing themes. But those things are rooted in the soul of all of us – we just have to buckle up and face them as Scrooge does.