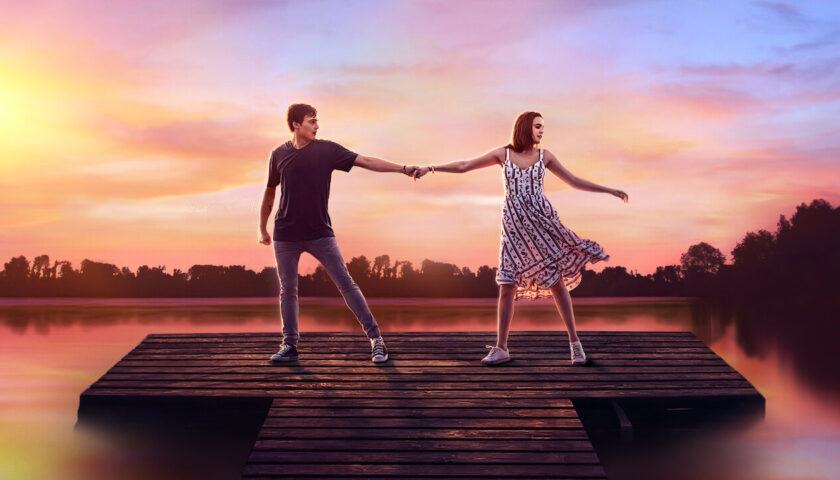 Towards the power and spirits of heaven up abovedly satisfaction, a drama like taken out of the holy scripts, happening on a youth summer camp out in the heavenly fields of akkenbom somewhere rural and desolate , near a lake as usual for summer camps in the usa, where everybody, even their opponents and competition of the socalled wargames of the summer camp are nice and cheerful against each other, and where the singalong songs comes everytime some of the main cast takes the high note, and everybody joins the chorusline, bouncing around like electrified newly saved souls of heavenly bliss high on coke(the drink) buzzing around like busy bees, a physical spirit that may asphycsiate a grumpy old man due to exhaustion.

So a religious romantic drama it is , with captivating music and lyrics, and as mentioned extremely intens dancing and jubalong. The acting though is barely average, its more the whole concept of baptismic joy and the returning prodigal son coming home to ”his” congregation instead of juvenile detention, spiced up with extremely good timing on the filmographic and musical score edition, and i clap my hand for the correographic work done , and a vividly visual and auditorial good product made.

So this film will either entice you or not, good mood and no expectation is a good way to view a film like this, and even though the lack of story originality its well worth a try even christian or not. I’m just a grumpy old man that dont usually like musicals and religious loaded stuff, but this took me as a stormy gust on the ocean that pulled me well into the playtime before i even considered anything. So a feelgood story on a friday evening it is, even though the laws of coronabehaviour is totally forgotten here. So keep the kissing, hugging and handshakes at a mileage distance, and do not do the duetts face to face rather back to back… inhalationistic duets is the new trend my friend.

So a facinating film for the whole family, enjoy…