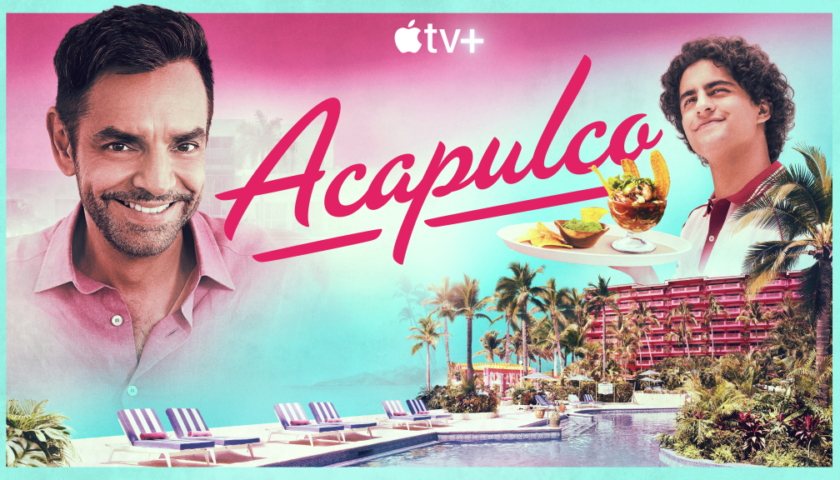 Acapulco takes viewers to Mexico, with orange-tinted filters and the flamboyance of resort life. Well-timed background music elevates heartfelt moments, the story following Maximo who begins work at Las Colinas. His new job involves a lot of trial and error, the character engaging in a variety of shenanigans, some comedic and frivolous, others testing his personal values. It’s a warm and uplifting tale that questions morality over financial stability, exploring the journey to making one’s dreams come true – all decorated with colourful flashback scenes against the white splash of present-day events.

Eugenio Derbez and Enrique Arrizon share the role of Maximo, each with something of their own to offer. Derbez plays the older, present-day iteration; he’s smart, witty and absolutely hilarious. Meanwhile, Arrizon’s younger version has a bright and charming smile, capturing the essence of his earlier naiveité. Both actors endear the audience to the character with approachable charisma.

The dynamic between Maximo and his nephew, Hugo, is one of the most entertaining aspects of the series. Right off the bat, their interaction exposes just how unreliable Maximo’s narration can be, putting things immediately into perspective – his perspective. His relationships with the other characters are also special in their own ways, from his sister, mother, down to the mentorship he has with Don Pablo.

The bonds that he creates with the people around him are the heart of the series, keeping his story grounded even when he starts bending truths, doing questionable things, and crossing lines he shouldn’t. There’s always something there to root for because these interactions develop his more human side, which, in turn, incentivises viewers to invest in his success – and even, at times, empathise with him. One then starts to look forward to whatever crazy thing he’s going to do next, and what will come of it.

The first episode ends with lots of open possibilities. The look back through memories using props and trinkets from the past is a particularly welcome trope. It’s exciting to see the future of Maximo’s journey – to see how he got from then to now – and  intriguing to witness how far he’ll go to adapt to this new world and job. Most viewers will probably leave after that 35-minute mark wanting exactly what Hugo does: more.