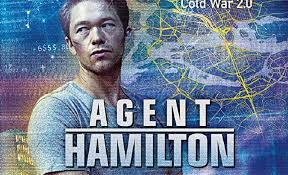 Considering this series source material, the Hamilton book series, while watching the first episode of “Hamilton”, one is once again reminded there never will be anything worth your time watching produced for television in Sweden. It is staggering how somebody could ever treat the tales of Carl Hamilton with less care, innovation and attention to not only details, but whole scale themes and settings.

Hearing about “Hamilton” I was reluctantly hyped up about what cold possibly have been a great tv-series, had it kept true to the story of the books. However, in about five minutes from the get-go I was brought back to earth. For a fan of the book-series there is only pain to find here.

The lasting impression after viewing is “How the heck could they NOT GET IT this badly? It’s as if they are trying to waste the opportunity.”

If you love the books – stay away!