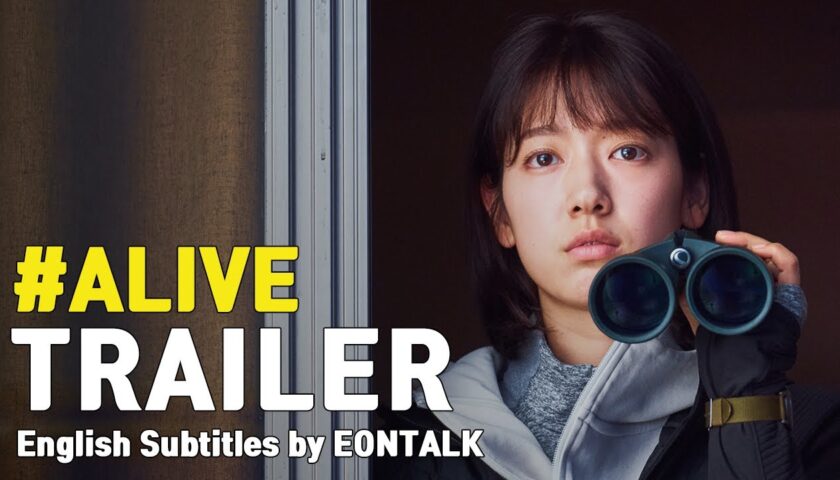 #Alive is a South Korean film by first time director Il Cho. Going into this film I expected an absolute mess, all I had seen was the horrible title. But I was pleasantly surprised with a pretty interesting take on zombie movies. For the most part.

Technically I didn’t think this film was anything special. No element of filmmaking was exceptional, and no element was awful. Granted there were some awful moments, like the editing when people are turning into zombies is laughable. And the cinematography during action scenes was also just dreadful. For the most part though the technical aspects were consistently, fine.

The zombies were very inconsistent. If they are so sensitive to noise why are characters able to talk at all, sometimes when they speak it cuts to hordes of zombies charging in the direction of the sound and this is just forgotten half of the time. Sometimes the zombies are so strong they are able to climb buildings and other times they can’t open a door because a step ladder is in the way. I believe this is because of my next point.

Bad screenplay. All but two points of tension in this film are down to coincidence. The same scare is used many times, Oh will be doing something like, for example, flying his drone then there is a bang at the door, it’s a zombie, at the same moment his drone runs out of battery. The chances of this happening are so slim. The fact screenwriters Il Cho and Matt Naylor use this stupid scare so many times makes me think they just didn’t care when writing this film. The dialogue is bad and everything feels lazy.

The constant references to pop culture to try and relate to a younger audience really began to annoy me after a while. From the title to the main character Of being a gaming streamer. But the filmmakers don’t really know how technology works, holding your phone in the air does not give you more reception. I hate when films waste so much time trying to be hip and down with the kids. By doing this it sacrifices so much time the film could be using to develop characters or create a more compelling narrative.

Overall, #alive is a pretty stupid movie that is just ok the whole way through. Check it out if you like zombie movies.