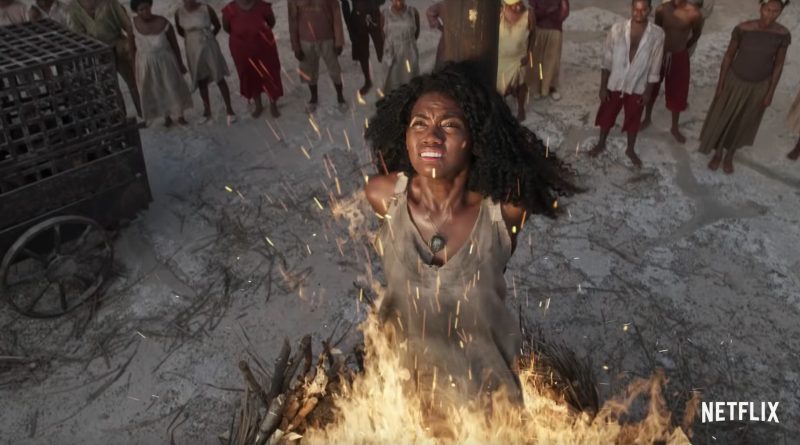 Review: With Netflix’s recent hype around The Chilling Adventures of Sabrina, which was a resounding success, it was only a matter of time before the platform gave the international scene an equivalent to compete. Netflix Original Series Always a Witch, or known in its native language as Siempre Bruja, is a laidback account of a persecuted witch in Colombian city Cartagena in the 1600s, to only find herself time-traveling to 2019.

Her objective is clear: Carmen (Angely Gaviria) must go into the future and return a stone, and if returned she will fly back to present day, and her lover, who was shot dead because she supposedly bewitched him, will be alive again. Always a Witch gives a corny opening trying to replay possible events from the 1600s with questionable costume design and dodgy beards, but the circumstances of being an apparent witch centuries ago are singled out conveniently to set the stage.

Always a Witch relies on the seen-before story of someone traveling to the future and not being able to adjust to the modern way of life. Especially in the first few episodes, Carmen struggles with the necessary nuisances of how a hospital operates, a TV, and even crossing the road. It’s a scenario played out in some materials, which does not get boring, and fortunately, the actress delivers a superb performance recognizing what it would be like to be in the same place at a different time.

Ultimately, the objective is for Carmen to bring back her lover, and in doing so, she needs to find the right person to return the stone. Thus, the character has to be a witch in the present day and learn about her new life. She voices fears of being stuck in 2019 and not able to return to her partner, but at the same time fails to grasp phonecalls and the perils of social media.

Always a Witch does labor over the story slightly, muddling the plot with new characters with different objectives and slamming home wilder acquaintances that shift the story into a whole new perspective. It’s almost like the series’ motivation to modernize the story defeats the justification of Carmen’s character, who gets rolled into scenarios that are separate from the overall narrative. The primary objective is never ignored, but Always a Witch wants to ensure there is a journey of adjustment, and side stories which do not work.

Always a Witch is okay; it will not excite as much as Sabrina, but if this is your thing, then it’s at least engaging enough.