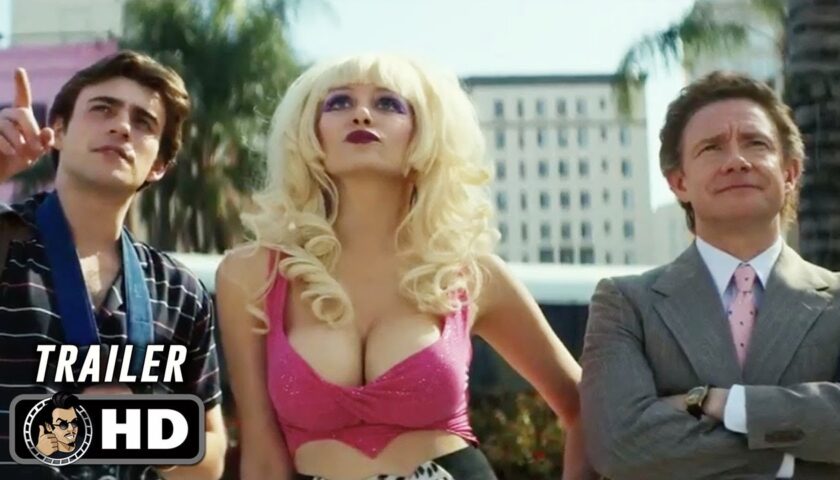 Emmy Rossum stars in the limited series from Sam Esmail and based on THR senior writer Gary Baum’s investigative feature on the L.A. billboard diva.

Angelyne has an official home.

The limited series about the L.A. billboard diva, based on a Hollywood Reporter feature by senior writer Gary Baum, has landed at NBCUniversal’s newly named streaming service, Peacock.

Shameless grad Emmy Rossum and her husband and Mr. Robot creator Sam Esmail are teaming with The Hollywood Reporter to adapt Baum’s investigative article about Angelyne, the mysterious billboard icon. Peacock, the ad-supported streamer set to launch in April 2020, has handed out a series order for the drama. The show was rumored in April to land as the streamer’s first original as part of Rossum’s new first-look deal with Universal Content Productions.

Rossum will star as Angelyne, the self-created pop culture icon — whose real name, uncovered in Baum’s August exposé, is Renee Goldberg. Rossum will executive produce via her Composition 8 company alongside Esmail and his UCP-based EsmailCorp banner. Esmail’s manager, Chad Hamilton, will also exec produce via Anonymous Content. The limited series project was shopped to cable and streaming outlets. Baum, who spent months researching Angelyne’s past, will serve as a consultant on the drama. Lucy Tcherniak (The End of the F***ing World) and Allison Miller will also exec produce.

Angelyne, 67, is the L.A.-raised daughter of Holocaust survivors, a Jew who found refuge in what Baum described as “shiksa drag.” She was born in Poland in 1950 to parents who were among the 500 to survive out of a town of 13,000. Her parents were sent to concentration camps before escaping to America and settling in L.A.’s Fairfax District. After Angelyne’s mother died in 1965, her father remarried another Holocaust survivor and the family moved to Panorama City, where she attended high school. While her paper trail ends there, Angelyne soon reinvented herself as a blonde bombshell, famous simply for being famous, by appearing on billboards in Los Angeles and driving a pink Corvette around Hollywood.

The Angelyne project marks the first scripted television adaptation of a Hollywood Reporter article since the publication’s reinvention as a weekly magazine and home for longform journalism.

For his part, Esmail is behind two shows on Peacock, with Angelyne joining a new take on cult drama Battlestar Galactica for the upcoming streamer. His signature series, USA Network’s Mr. Robot, will end with its fourth and final season beginning in October.

Rossum, meanwhile, recently departed Showtime dramedy Shameless after a nine-season run. Her credits also include The Day After Tomorrow and Phantom of the Opera; sheheld out for equal pay with Shameless star William H. Macy last year.

Angelyne and Battlestar Galactica are part of a slate of scripted dramas and comedies and unscripted series and library titles that will be part of Peacock, the service designed to allow parent company NBCUniversal to compete with streamers including Netflix.