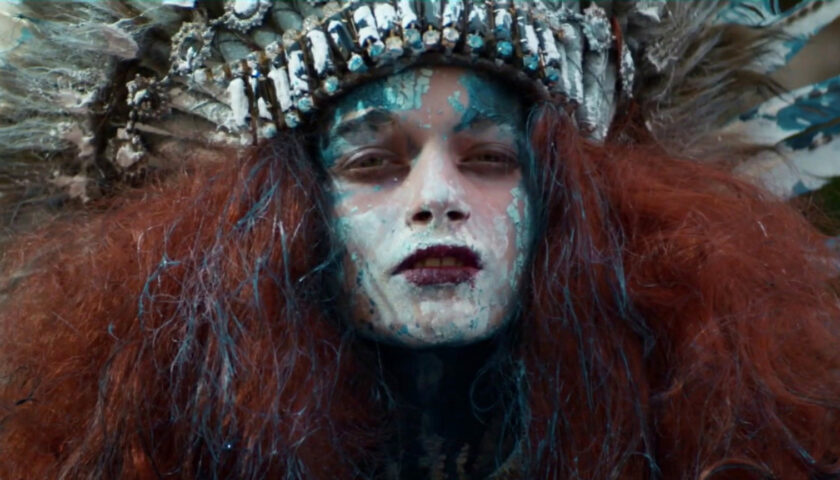 It has now been four years since an epidemic broke out in Sicily and all adults died as a result. The children survived, at least for the time being. But once they have reached a certain age, they too will succumb to this disease. With 12-year-old Anna ( Giulia Dragotto ) and her 8-year-old brother Astor ( Alessandro Pecorella ) that will take a while. But that does not mean that their life is without danger. So Anna tells her younger brother that under no circumstances should they leave the estate on which the two now live. While she wanders around looking for food during the day, he has to stay at home. Because the other children have formed groups and fight each other …

With every film and series that somehow addresses a virus disease or even pandemics, the impression naturally arises that someone wants to benefit from the events of the last year and a half, which were primarily shaped by the corona pandemic. Every now and then, of course, that’s true, for example with the equally tasteless and unsuccessful science fiction thriller Songbird , which tried to exploit everyday horror in a cheap, sensational way. But it is often a coincidence. The terrifyingly familiar-looking Sløborn was just as busy as Anna . The story of the latter is even older and is based on the 2015 novel of the same name.

Its author Niccolò Ammaniti is also behind the series adaptation. So the Italian writer not only developed the series. He also co-wrote and directed the scripts. That sounds a bit megalomaniac at first. But the one-man vision pays off. In his second directorial work after the series A Miracle , published in 2018, the author shows that he has a lucky knack for how materials should also be implemented visually. In fact, Anna is  even one of the most beautiful series that one has been allowed to see this year – at least within the framework of what can and may be called “beautiful” with such a topic.

In this way, light and shadow lie with Annaclose side by side. On the one hand there are beguiling shots of a decaying island, original, a bit fairytale-like, sometimes even a bit surreal. At the same time, Ammaniti leaves no doubt that a cruel fate awaits its young protagonists. While other end-time dystopias, for example in the zombie area, at least have a chance of survival, things look different with the Italian series. Not only that food is becoming increasingly scarce because people today no longer understand how to provide for themselves. Even those who somehow manage to always have enough food and avoid the marauding gangs will die sooner or later: Once they are old enough, the virus also affects the young people.

This fatalistic note makes the series difficult to bear at times. Especially since Ammaniti is not exactly squeamish about its characters. So is Anna Although never a massacre how often pretend it such end-time scenarios. Instead, there are sadistic traits, especially in a shocking retrospective that illuminates one of the later characters a little more clearly. However, the characterizations do not go really deep. Although the series is actually long enough with six episodes, it doesn’t seem time has been to invest more in this regard. Instead, there is rivalry and some very bizarre ideas about how life could go on. As is so often the case, the layer that separates civilization from the beast in man is not a particularly thick one.

Comparisons to Lord of the Flies  and the like come naturally at this point. These passages are not the most interesting. The mystery aspects surrounding the question of what happened or whether there is a cure are also not very well remembered. The scenes that focus on the heroine and her relationship with Pietro ( Giovanni Mavilla) come into focus, another adolescent on the threshold of adulthood – and thus death. These moments are particularly close when they feel small sparks of happiness, are allowed to live again for a short time instead of having to worry about viruses, food or group violence. In which they are allowed to forget their own cruel tendencies, which they need to survive. Anna can simply be Anna: a 12-year-old girl who still has life ahead of her.