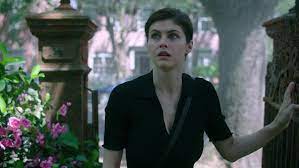 When AMC first acquired the late author Anne Rice’s back catalog two years ago, it was clear the network had its sights set on resurrecting more stories of a paranormal variety for the small-screen market. The epic rights package consisted of 18 novels, which revolve around some of the most iconic characters ever rendered on the page. Vampires, witches, angels, demons — they all exist in Rice’s dubbed Immortal Universe, the name of which alone lends itself to an interconnected franchise teeming with potential. On the heels of Anne Rice’s Interview with the Vampire, which debuted in early fall 2022 to mostly positive reviews, you really couldn’t fault AMC for wanting to capitalize on the goodwill that its first attempt at TV translation garnered among fans, both long-time and new. But Anne Rice’s Mayfair Witches, adapted by Esta Spalding and Michelle Ashford and set to drop in the lull between those of us who are languishing between Seasons 1 and 2 of Interview, struggles at being as compelling as its predecessor — from either a character or a story standpoint.

Mayfair Witches, a somewhat more linear story in nature, quickly introduces us to its protagonist, Dr. Rowan Fielding (Alexandra Daddario), a neurosurgeon who struggles to be taken seriously by her superiors within her profession. It’s also evident from the jump that she possesses a unique ability to literally see into people’s heads but elects to keep that power a secret, instead choosing to chalk up her remarkable diagnoses as nothing more than informed hunches. Of course, there’s only so long that Rowan can tolerate the undeserved criticism and dismissive attitude she receives on a regular basis, and when an argument in the workplace leads to a tragic accident, Rowan is left questioning her part in what happened — and whether it represents something she should be terrified of. Little does she know that she belongs to a magical dynasty she was never told about; once she learns the truth about her birth family, Rowan travels to New Orleans in order to meet the mysterious Mayfairs in the hope of finding more answers.

As a series lead, Rowan is a character of conflicting dichotomies, with enough traits to make her the sort of protagonist who could very easily slide into Not Like Other Girls territory. Instead of living in an apartment, she shacks up on a boat docked in the nearby marina. She readily admits to having a lousy dating history that informs her more casual approach to romance in the present, hooking up with a bartender who is clearly halfway to being in love with her. Juxtaposed against all of this is the fact that Daddario often inhabits the character with an almost doe-eyed naivety that renders Rowan’s overall motives more confusing than not. It’d be one thing if Rowan were written to be wholly unlikeable with a degree of self-possession, but instead, she comes across as more oblivious to how her behavior might impact others — and not merely because she can inadvertently manipulate their bodies when she gets stressed out. She’s clearly destined for a wake-up call, not only about her powers but how she interacts with her surrounding circumstances. The one relationship that does successfully reveal Rowan’s best qualities is with her adoptive mother Ellie (Erica Gimpel), but even that is regrettably brief over the course of the first season.

The bulk of the series’ supporting characters are consigned to New Orleans, which means it takes both Rowan and those of us watching time to truly meet each one of them — but the main plot of Mayfair Witches doesn’t provide ample occasion to get to know them beyond the simple archetypes they fall into. Out of all the Mayfairs, it’s Beth Grant’s Carlotta who asserts herself as the strongest presence of the home, the overly zealous God-fearing member of the dynasty seeking to drive out any and all forms of evil from the family. Grant, who has long made a career in both film and television as a character actress, infuses the role with just the right amount of harsh discipline masquerading as Southern gentility and concern for the well-being of others, making Carlotta a perfect addition to the Gothic canon of antagonists. Similarly, Harry Hamlin as Mayfair patriarch Cortland is first introduced as every ounce the dandy, but later scenes hint that his outward facade is hiding some sinister intentions beneath.

When the show finally immerses both Rowan — and us — in that world, Mayfair Witches succeeds at embracing its attributes as a modern Gothic. The Mayfair house has long been the recipient of gossip and legend, taken off the tour of New Orleans landmarks at the behest of the family, but no one knows just how deeply those myths are actually rooted in truth. (Eagle-eyed fans in particular will remember the brief namedrop the Mayfair house earns in Season 1 of Interview with the Vampire, where rumors swirled about its inhabitants even back in the 1910s.) However, what was once a prosperous mansion in its heyday has since devolved into disrepair, a classic facet of the genre where the house, with its ivy-blanketed walls and its crumbling edges, serves as a reflection of the family’s current circumstances. Directors of the season’s early episodes — Michael Uppendahl, Axelle Carolyn, and Haifaa al-Mansour — know how to tap into those eerie sensibilities, the pervasive sense of dread that hovers over most interactions and Rowan’s continuing pull to return to the house of her origins.

Narratively speaking, though, it can all be traced back to the orchestrations of the entity simply named Lasher (Jack Huston), who has been leeching off the power of the women in the Mayfair family for generations as he keeps them under his thrall. Some, like Carlotta, have resisted his attempts at manipulation; others, like Annabeth Gish’s Deirdre, have been pharmaceutically subdued to keep Lasher from accessing that strength. Naturally, with the emergence of a new Mayfair, Lasher soon sets his sights on Rowan instead — a disquieting communion at best, since his tactics are largely rooted in the same type of seduction he wielded against her birth mother. Sex and magic are helplessly intertwined, and the show marries them together in a number of scenes, but one almost wishes it wasn’t afraid to go even darker — to deeply explore the bloody, visceral intricacies of how the witches’ power and sexuality can inform one another. Even the growing dynamic between Rowan and supernatural investigator Ciprien Grieve (Tongayi Chirisa), which displays its own sensual possibility with the reveal that physical touch can heighten their magical connection, is held back from reaching its fullest potential.

Like Interview, Mayfair Witches is keen on doling out its plot slowly — but without the previous show’s framing device that inherently lends itself to a trickle of information, the end pacing feels more like a gradual trudging than an intentional creeping. It may be too soon to make any definitive judgment, since several of the first season’s episodes were withheld from reviewers, and a number of routes remain for the series to take in order to elevate itself from mostly entertaining to truly phenomenal television. Given what is publicly known of the source material, too, this adaptation has barely scratched the surface of just how bonkers it could possibly get. The glimmers of that promise yet remain, beneath a slow-burn story and a modern Gothic setting that continues to build out Rice’s legendary world even further — as well as lend itself to the opportunity for future crossovers. It may require waiting until the finale to declare whether Mayfair Witches has emerged from the looming shadow of Interview’s impressive debut or if it will be dubbed a disappointing sophomore slump for AMC.