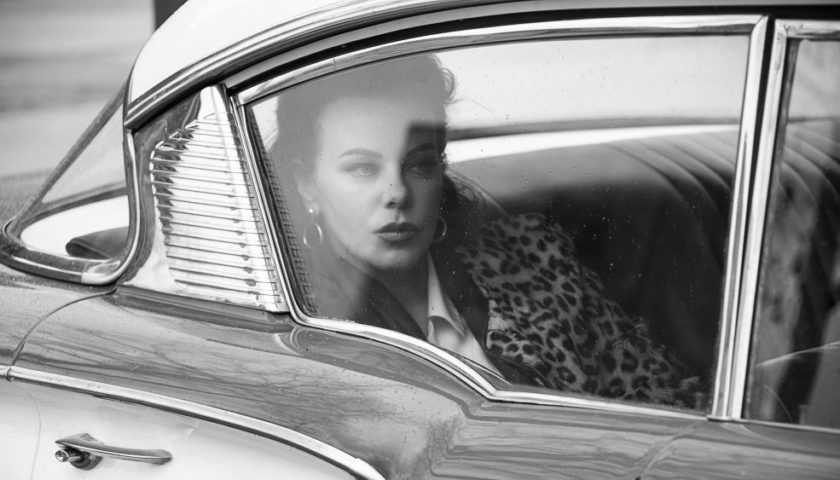 Review: Once again, Telefonica’s pay TV unit Movistar+ is offering a completely different and new experience to its viewers, while demonstrating a core principle that plays through its original series: High-end scripted content derives from high-quality scripts and creative freedom.

“Arde Madrid” (Madrid on Fire) takes the audience back to a 1961 Spanish capital and the often mundane but sometime vibrant adventures of Ana Mari, a governess dispatched by Franco’s neo-fascist regime to become a spy, working as a servant in the house of one of the most incredible female figures of her time: Ava Gardner.

It’s a sincere story that observes Spanish identity with large humor. Though the often intimate narrative has a male director, and female co-director, its focus is on women. As never before Spanish and international audiences will be able to discover Madrid’s Dolce Vita via its feminine universe, filtered through a thoroughly modern feminist filter, at a time of repression and yet splendor, swilled with flamenco, gypsy clans, sex and whisky.

Variety interviewed Paco León and Ana Rodriguez as they prepared for the Movistar + series’ world premiere at San Sebastian.

The series feels contemporary, but channels Spanish filmmakers such as Berlanga, Azcona and Fernán-Gomez, yet filtered through a thoroughly modern gaze, opening the door to a revisionism not always present in the original comedies.

Rodriguez: Yes, I believe their films are embedded in us more than we think. It was a moment in Spain, during the dictatorship, when Spain was basically an illiterate country, in contrast to foreigners such as Ava Gardner, and all the stars that were here in Madrid. There is something in our DNA, our humor is the humor of catetos – hicks. The clash between those two cultures was always in Berlanga’s cinema.

León: I think there’s something very Spanish about laughing at yourself, to define yourself,  saying a little about the country, and laugh at oneself. Ava Gardner said that she liked Spaniards’ capacity of laughing at themselves. There’s also the picaresque, that mix of social strata present in Berlanga’s work. There are many things that we like about the cinema of the time, the impact of Italian neorealism and the [films’] aesthetics.

The series is led by strong female characters and deals with their femininity under Franco’s regime. As a male director, what was your approach to this very much feminine narrative?

Rodriguez: Manolo (Paco León) has an emotional arc while Ana Mari has an active one. Given the series’ plot, it seems completely natural. In that sense, we tried to go to the human, always avoiding a militant discourse. For me, this was very important, that the feminist discourse derives naturally from the character’s arc. It has to be consistent with the character, that what Ana Mari does is a logical evolution of her emotions and what she experiences. What happens to Manolo, no matter how drastic it is, must also be logical from a character perspective.

This is a period piece. Can you talk a bit about how you researched it?

Rodriguez: The research work turned most specifically on Ava Gardner, what she was like, how her life functioned. She was a person who almost always lived alone, so those who worked for her were a great support. So we used biographies of Ava Gardner, her films, Hollywood films in Madrid, Madrid’s society, music, everything about the time.

León: We wanted to avoid a biopic on a public figure, to default to the anecdote, to find her point of view. We also went for a premise that was difficult to comply with, but one which I think gives character to the series: Viewers don’t see or hear anything that the servants don’t see or hear. It was very complicated. And the same happens for Ava.

Rodriguez: And we looked for intimacy, an intimacy between her and her servants. During the whole documentation process we put a lot of effort into the intimate parts of her life, the relationship she had with her servants, how important her home was to her – a refuge where she took people she liked and expressed herself as she wanted. She spent whole days naked in her house when she wanted and needed intimacy.

In each Movistar + original series it’s immediately obvious that there is a creator with a personal vision and a creative freedom. How was the development process with Movistar +?

León: As you say, there is a great freedom. They also have a very demanding development team, but very respectful with our proposal, what you wanted to do, to take it further and do more.

Rodriguez: At the beginning, it took them time to really see the series being shot in black and white. It was hard for them to come to a decision. We presented  a lot of arguments. Finally, it was Domingo Corral, who said: ‘O.K., you’re in charge.’ We really appreciated that sign of confidence.

Which leads to the series’ aesthetic which stands out as contemporary, but also meticulously crafted…

León: Some aesthetics were always clear to me: The credits and the format. I have done a lot of TV and have a lot of respect for TV. So we did “Arde Madrid” with some TV hallmarks, like opening credits. Most series nowadays do not have opening credits because that’s thought to be too TV.

“Arde Madrid” explores Spanish identity. How do you think intentional audiences will respond to it?

Rodriguez: People around the world are already very accustomed to international content. We see Chinese, Japanese, Korean and Australian series. There is a common language throughout the world.