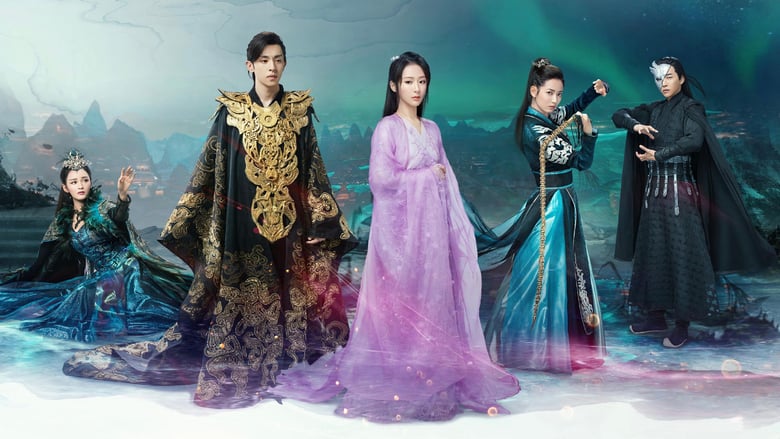 Review: Ashes of Love. Where do I even begin? I have watched countless dramas and I rarely give 10s. Even when I give 10s, they are never perfect 10s. Ashes of Love is a PERFECT 10. Before I start my review of this drama, let me be upfront and say that I had my reservations about it. Most of the dramas I watch are set in a more modern setting and are more realistic than this. I came across this drama when I was reviewing a list of the dramas that people deemed the best of 2018. I watched the trailer and put it on my watchlist and I am glad I did. The first episode itself hooked me. The chemistry between the main characters, the story line, and the incredible actors all made me want to continue watching. As I kept on watching (more like binging) the episodes, I fell more and more in love with it all. I will admit, there were times when I was beyond frustrated. I was frustrated that the Yun Elixir prevented Jinmi from loving phoenix (Xu Feng). I was initially frustrated by how naïve and indifferent to love Jinmi was, despite knowing that it was not her fault. I was mad at the late floral immortal who put the Yun Elixir in Jinmi to keep her from loving anyone. However, all my frustration was worth it. When that stupid elixir finally broke and Jinmi finally realized that she loved Xu Feng, I felt as if her emotions were my own. And this is a big deal.

I have NEVER cried during watching a drama. But this drama made me cry, laugh, scream, and everything in between. The credit goes to the incredible actors who will make you feel as if THEIR pain is YOUR pain. Personally speaking, I think my favorite part of this 63-episode long show were the episodes that showed Jinmi’s trial in the mortal world. HOLY CRAP. The chemistry between Xu Feng and Jinmi in those episodes is ridiculous. When she admits to liking him (in the mortal world) and he asks her to marry him, I couldn’t stop crying. The pain of waiting and watching the before episodes was definitely worth it. Another aspect that made this show great was the villains. I have never hated any character as much as I hated the Heavenly Empress. She is a scheming and conniving lady who is utterly ruthless. Her and Sui He (bird lady) plot and scheme together so much and it annoyed me greatly. Don’t even get me started on the Night Immortal.

He knew that Jinmi didn’t love him and yet took advantage of her ignorance of love to get her to agree to marry him which led to an excruciatingly painful love triangle. However, at points you find yourself sympathizing and even admiring these villain characters. That’s how good the actors were. Sui He and Fish Fairy (Runyu-Night Immortal) were the most tragic characters in my opinion. They both loved someone who didn’t love them back and it drove them to do evil things. Normally, when I binge shows, if I have time I fly through the episodes. With this show, I kept having to take breaks despite having time to watch because the episodes were so emotionally charged. I had to stop and let my heart adjust before I could watch anymore of the show. That is how affected I was. The characters are all dynamic and develop so much as the show goes on. Runyu changes from someone who is kind and merciful to someone who is cold and rather ruthless.

Jinmi changes from being naïve and innocent to someone who discovers her love only after she’s lost it. While this show has a happy ending, there were points in the middle where I was seriously doubting it. All in all, if you have any sort of reservations about this show, LET THEM GO. SEND THEM OUT THE DOOR. If I could love this drama this much and cry over it, you will absolutely enjoy it. The plot is incredible, and I honestly wish I could read/speak Chinese so that I could more fully appreciate the attention to detail instead of relying on subtitles. THE MUSIC WAS GOLDEN. By the end of the show, I could sing sections of the main song.