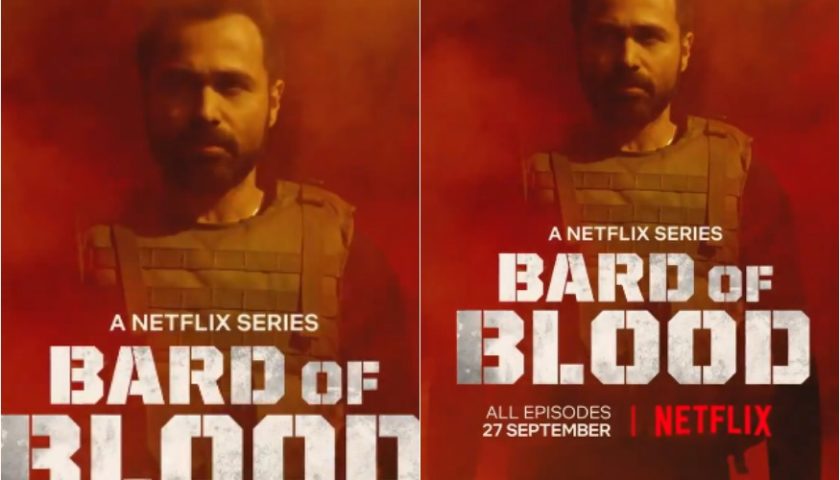 Emraan Hashmi has played a handful of roles throughout his career. We have seen him play the role of a romantic heartthrob, a reckless con man, and a dangerous gangster as well. But none of these roles can be compared to the glimpse of his character from the new trailer for Bard of Blood. The series had been teased by Netflix India through a series of tweet with Shah Rukh Khan appearing in clips. Even though Hashmi gave off a dangerous man vibe in the recent promo by Netflix but that danger is raised tenfold in the trailer.

The two-minute 30-seconds trailer starts with the capture of some Indian spies in Balochistan in Pakistan. This is followed by the summoning of a school teacher, Kabir Anand (Emraan Hashmi) to rescue them. The trailer then reveals that Kabir was dismissed from duty after a mission failure. We get to see that Kabir is still haunted by his failure. Nevertheless, this does not stop him as he embarks on a rescue mission with just two other agents, Isha (Sobhita Dhulipala) and Veer (Vineet Kumar). In the trailer, we get to see Hashmi unleash a brutal fighter who holds nothing back. In the story we see Kabir struggle to complete the mission while also fighting the demons that have been haunting him for too long.

Talking about the series Dasgupta said, “This journey on Bard of Blood has been one which I will cherish all my life. It has changed me as a person and as a filmmaker for the best. Directing the series for Netflix, in association with Red Chillies Entertainment and Mr. Khan has been an extremely fulfilling experience. I am so glad I could be part of it and very excited about the trailer launch.”

Produced by Shahrukh Khan’s Red Chillies Entertainment, Bard of Blood is based on a book of the same name by Bilal Siddiqi in 2015. The series will be spread over seven episodes and will release on September 27, 2019.