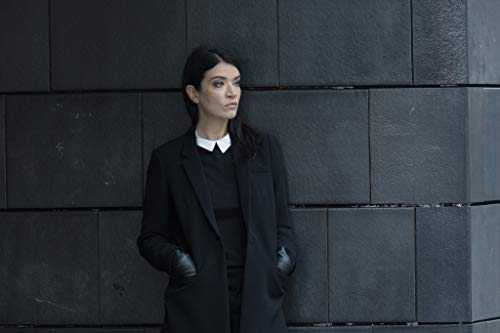 Review:Leave your expectations of a club scene exposé at the door with the bouncers, as despite Beat giving the viewer an introductory tour of Berlin’s hedonism and his friend Paul’s club, a sinister tone quickly descends upon Beat’s carefree world. Murder in clubland suddenly drags our drug-addled drifter protagonist into a plot to go undercover to investigate something much bigger afoot and at that point you’d be forgiven for fearing a ludicrous plot lies ahead. However, like a good club track the story builds and builds, adding complex layers then stripping them back with reveals, but always taking you on a journey and this one is a dark thriller.

Watching in German language is the only way to do this series justice, as subtitles really do melt away under the acting power of Jannis Niewöhner as the affable but anarchic Beat and Alexander Fehling as the sociopathic Vossberg, among other convincing performances.

From a critical standpoint, the portrayal of the ‘ESI’ is perhaps a little unconvincing and at worst clichéd, Jasper’s story-line falls somewhat flat of the wider plot and everything happens in a stage-managed environment where the media doesn’t seem to interfere and the real police only show up when called upon. However, some suspension of disbelief is always demanded in all storytelling and the story grips hold of you and twists and turns until you feel some of the pain and dread of the characters themselves. This is where ‘Beat’ succeeds and earns its credibility as a surprisingly compelling and powerful piece of cinema that just happens to be set against a and edgy Berlin clubland setting. That it is is no bad thing though, as the setting lends itself to a great music score and gritting backdrop to this original and highly enjoyable epic.