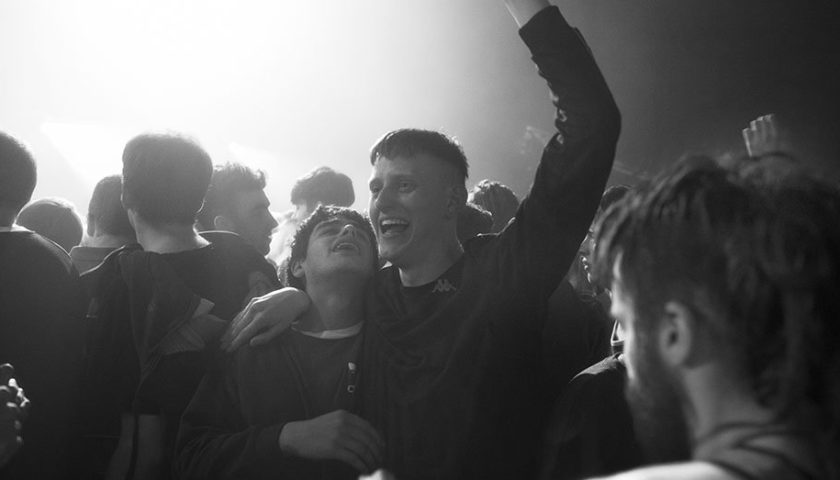 Review: The rave scene of mid-’90s suburban Scotland is ecstatically evoked in Beats, an infectiously enjoyable slice of knockabout nostalgia that wears its Trainspotting heritage proudly on its rough-edged tartan sleeve. A breakout second theatrical feature from Scottish writer-director Brian Welsh, opening out Kieran Hurley’s successful 2012 play with the author’s collaboration, it proved the biggest word-of-mouth hit of this year’s International Film Festival Rotterdam. The highest-ranked of myriad world premieres in the audience-award voting at the Dutch event — where screenings played more like music gigs than regular film showings — this genial tale of teenage rebellion evidently has the potential to connect with middle-aged and younger viewers alike.

Selected as the closer for the Glasgow Film Festival on March 3 — tickets sold out within an hour of going on sale — it is a multiplex proposition in Scotland, a strong art house contender elsewhere in the U.K. and internationally may outperform Danny Boyle’s underwhelming T2 Trainspotting from two years ago despite lacking that picture’s pedigree and marquee names. The presence of Steven Soderbergh as executive producer should smooth the film’s progress Stateside and beyond, where exhibitors and distributors may well follow Rotterdam’s example by providing subtitles for the slangy Scots-English rapidly spoken here.

Lorn MacDonald and newcomer Cristian Ortega prove compelling and convincing protagonists as longtime best pals “Spanner” and “Johnno,” who have grown up together on a housing project in the West Lothian area of Scotland not far from Edinburgh (Hurley’s play, a one-man monologue, specified Livingston as the setting). Johnno’s parents strongly disapprove of Spanner, who hails from a more disreputable family, and hope that their imminent relocation to a posher part of suburbia will isolate Johnno from his wayward influence. The two boys plan one last weekend of fun at an illegal rave publicized by pirate-radio DJ “D-Man” (Ross Mann.)

The structure of the pic thus adheres to the well-worn template of excited buildup to a mega-party, then full-blown immersion into the party itself. As seen from Dazed & Confused (1993) to Project X (2012), the sub-genre is often light on plot dramatics, depending instead on characterization, mood and humor. Welsh and Hurley happily follow this playbook, focusing squarely on the gruff but ultimately quite touching friendship between contrasting types Spanner (a happy-go-lucky extrovert) and Johnno (more studious and insecure).

Few of the supporting characters make much impact — females are largely peripheral in what’s essentially a laddish enterprise — though Mann’s wild-eyed rabble-rouser provides considerable fun as the politically engaged “Wolfman Jack” of his times, exhorting listeners to “revolt” and experience “rave-a-geddon.” Set after 15 years of right-wing Conservative rule, in a kind of fag-end limbo period between the premierships of Margaret Thatcher and Tony Blair — the latter seen on TV decrying “urban squalor” — Beats plays out against a backdrop of the impending Criminal Justice Bill, which sought to clamp down on drug-fueled rave culture.

These contemporary social issues are smoothly integrated into Welsh and Hulrey’s screenplay, which emphatically sides with hedonistic youth against the brute forces of uniformed authority. Responsible for a couple of somewhat obscure features around the turn of the decade, Welsh is better known for small-screen work including the 2016 snooker-themed TV movie The Rack Packand the acclaimed 2011 Black Mirror episode “The Entire History of You.” Here he confidently navigates humor-leavened social-realist territory previously explored by the likes of Shane Meadows and Ken Loach, and also cult favorites such as Human Traffic (1999), putting his own stamp on familiar material.

Welsh’s most audacious gambit comes during the climactic, thrillingly executed rave sequence which kicks in around the hour mark. This features 10 minutes where narrative concerns are swept away in a near-abstract evocation of the Ecstasy-heightened dancefloor experience — visions pulsating to the likes of The Prodigy, N-Joi and Leftfield. Benjamin Kracun’s widescreen, mainly monochrome cinematography (he also shot last year’s Beast, confusingly) suddenly blossoms into multi-colored distortions, a 2001-style interlude that captures the crazy rush of unbridled communal euphoria.

It’s surely no coincidence that French auteur Abdellatif Kechiche recently chose 1994 as the setting for his coming-of-ager, Mektoub My Love: Canto Uno, though of course the concrete precincts of autumnal Livingston are a world away from the sun-kissed shores of the Mediterranean. Both films lovingly recreate a time when social activities had to be arranged and experienced without the “benefit” of cellphones, internet or social media, and stand together as paeans to male friendship lovingly conjured in quarter-century retrospect.