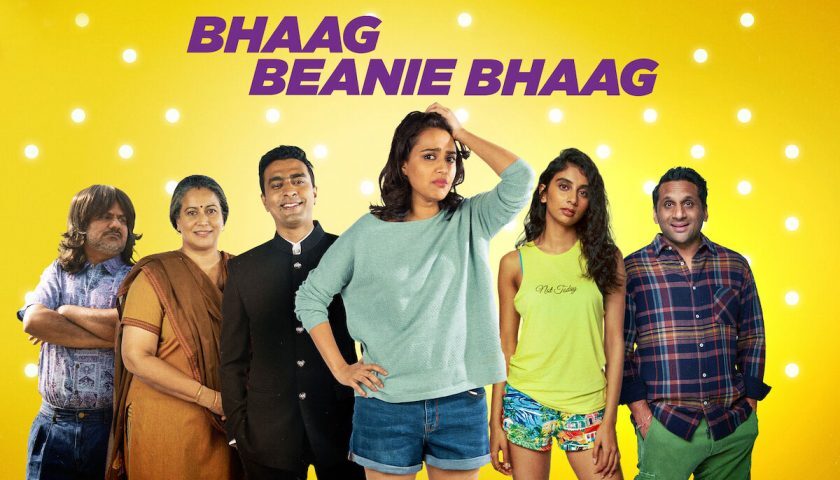 A young woman junks the shackles of dreary domesticity, and finds her voice doing stand-up comedy. That’s what Bhaag Beanie Bhaag is about. Sounds familiar? That’s what The Marvellous Mrs Maisel was about too. The details may differ, but in essence, it’s the same premise.

For those who haven’t seen the American show, now in its fourth season, the travails of Bindiya aka Beanie Bhatnagar, the newest kid on the comedy central block, may well have a nice novelty factor. The desi series has an interesting bunch fronting it: Swara Bhasker as Beanie, Girish Kulkarni and Mona Ambegaonkar as her harried parents, Dolly Singh, one of the screamingly funny ‘South Delhi aunties’ duo, as the ever-supportive BFF, Ravi Patel, real-life NRI-stand-up in a bumbly screen version, and Varun Thakur as the dumped fiancé. But the show, written by comics who are meant to have cracked the stand-up scene, comes together only intermittently. For the rest, we are left looking for laughter, the kind that emerges from uncontrived, genuinely original situations.

And that is down to the writing. Any comic, stand-up or otherwise, knows that the writing is make or break. For those looking to break into the ‘scene’, there are several lessons in here. Do your truth, that’s the whole point of this, says the experienced guy to the nervous novice. That’s right, bud. If there was more depth to the shaping of the characters, there would have been more to play with. Why is Beanie so desperate to become, specifically, a stand-up comic? And not, say, a stage or a movie actor? We know she loves ‘baingan-ki-launji’ because her mum tells us this. Twice. But what else do we really know about Beanie?

Tropes abound. The runaway girl from her ‘roka’, togged in a ridiculous white tulle dress, may help you flashback to the runaway bride in a hit Hollywood movie. Why not do something which is, at least, visually different? There’s also Hot Bathroom Sex, Crashing On BFF’s Couch, Meet Awkward With Former Lover, and so on. Also, too many other characters are saddled with their own one-liners. Not everything needs to be a set-up, or a punch-line. Or how will we differentiate between the occasionally, inadvertently funny stuff regular folk say and an actual comedy ‘set’? The actual sets, in fact, don’t really land.

Bhaskar comes off better in her softer, romantic moments, because that’s a side of her we haven’t seen much of – as an ‘aaj-ki-ladki’ toggling between her search of self and true love. But Beanie, as well as everyone else, needed to have been drawn sharper: there’s one particularly lame patch meant to send up shrinks and therapy, in which the show’s best performers—Girish Kulkarni and Mona Ambegaonkar—are left to fend for themselves. The latter, though, rises above her lines, throwing them like a pro (main toh Govinda se ek minute mein shaadi kar leti): can we have more of the marvellous Ms Mona in the next season, please?