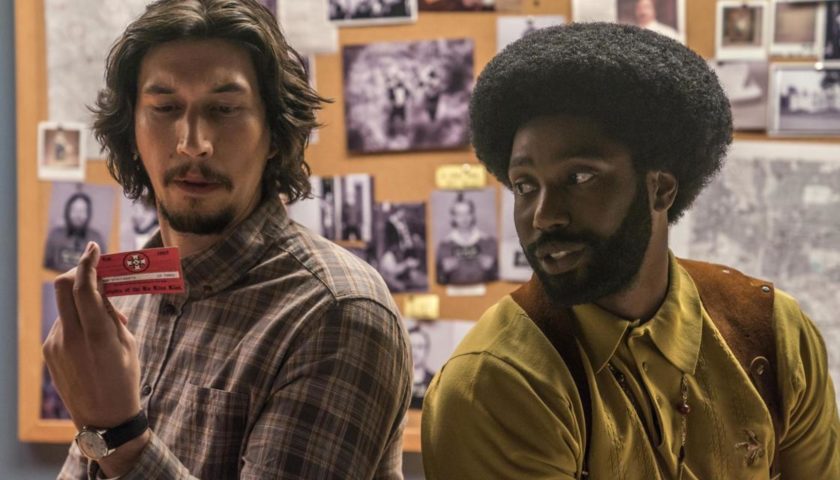 Review:  Spike Lee has created an almost unimaginably uneven career in films, but it has never been in doubt, that he is one of the most talented American filmmakers of his generation. And should you have forgotten that, now you can remind yourself by watching the amazing “BlacKkKlansman”, which won the Grand Prix at Cannes in May.

“BlacKkKlansman” tells the true story of a rookie African American police officer who in the 70’s infiltrated in the KKK, but that’s certainly not what the movie is about. Lee tackles head-on the contemporary hot topics of racism, the police killing black Americans, and white supremacy to create an overwhelming pamphlet about the American identity – which has been hurled into a state of great confusion after the last presidential election.

Actors in “BlacKkKlansman” are great. John David Washington excels in the lead role. Adam Driver signs what is arguably his best role to date. Ryan Eggold is terrific as the local boss of the KKK, and the Finnish Jasper Paakkonen impresses as his right hand man. The biggest surprise of all is Topher Grace, who is near-ingenious as David Duke, a well-mannered bag of sleaze in a three-piece.