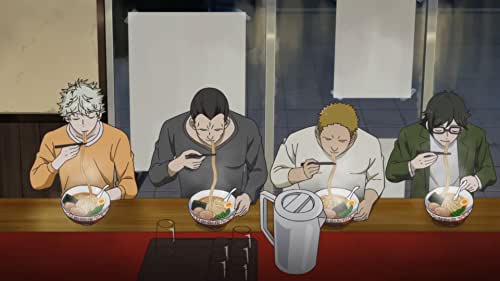 Despite the title and a theme of art, this book has nothing to do with Picasso, which is good since I tend to agree with comedian Hannah Gadsby about him. What it does have is a story about a young man finding the place where he wants to belong – before discovering that he not only enjoys art but is allowed to enjoy it, study it, and engage in it, the overachieving (yet also deliberately delinquent) protagonist Yatora is floating, unsure what he wants. He knows what his parents (or at least his mother) want for him, and he knows what his friends think, but he’s never stopped to ask himself what it is that he wants.

In that sense, there’s a very familiar coming-of-age framework to this first volume of Tsubasa Yamaguchi’s Manga Taisho Grand Prize-winning series. (Vertical previously published his adaptation of the film She and Her Cat, as a point of interest.) Yatora is in the position many young adults in high school and college find themselves in: he’s not sure where he’s going, so he’s just trying to be all things to all of the important people and just sort of hopes that one of those things turns out to be the thing. For Yatora that means maintaining a high GPA (or the Japanese equivalent) for his mother, who wants him to get into a good university, while also being a party boy with his buddies, none of whom are looking to go to college since two of the three will be taking over their families’ businesses. The result is that he’s exhausting himself without any real joy from anything he’s doing – he’s a social smoker, a first-hand-raised student, and he just…is.

Like many a young adult story before this one, all of that changes in the art class he’s taking because it seems like an easy elective. It isn’t the class itself, or even the teacher, who is practically award-winning by manga adult standards in the attention she pays to her students. (There’s a wonderful moment when one of Yatora’s buddies jokes that he’s going to paint his girlfriend’s breasts for his “my favorite view” assignment and she just goes all in, offering suggestions on how best to paint the picture. No shame, no prurience, just artistic advice.) It’s when he sees a classical oil painting by one of his upperclassmen, a girl in the art club, that the world sort of shifts for Yatora, specifically when he asks her why the unfinished piece has one figure with green skin. The girl launches into a discussion of color theory and layering that opens Yatora’s eyes and makes him wonder what he can do, and the next thing anyone knows, he’s joining the art club and putting all of the effort he’s capable of into painting.

With this comes the realization that not only is it not as simple as it seems, but it takes a lot of very hard work that may or may not actually pay off. While parts of the book have an unfortunate “how to” aspect to them that feels more like reading nonfiction than anything (such as the exhaustive definitions), Blue Period captures the understanding that in any given creative field, there is always going to be someone better than you, or at least someone you feel is better. For Yatora this moment first comes when his sempai with the oil painting explains that even with her talent and a recommendation for an excellent art school, she’s in no way guaranteed a place as a student, which could mean an end to her ambitions. It’s unthinkable to him that there could be anyone better than her, but she and others in the art club assure him that that is in fact the case – and if there are people better than her, what does that mean for Yatora, who is nowhere near her level? The theme is then carried through to when Yatora begins taking an art prep course and he encounters another boy who appears to be light years ahead of everyone else, crystalizing the realization that many people have when they branch out of their high schools – they may have been the best there, but there’s always a chance that they were simply a big fish in a small pond, and when they swim in the ocean, there are plenty of whales.

The book is also interesting for its treatment of Yuka, a nonbinary character about whom no one really makes a fuss. Some use female pronouns for them, some male, and Yuka doesn’t seem annoyed that the protagonist uses their male name, Ryuji, which seems more out of habit than anything deliberately malicious. They always wear a combination uniform – either the boys’ top and the girls’ bottom or the reverse. There is one moment where they show their art prep registration form to Yatora and it clearly says “gender: male,” but that’s less likely to be a statement of Yuka’s true gender and more how they appear on their family registry. (The Bride is a Boy provides a good look at why they would have stuck with this even if it’s not how they identify.) It’s worth noting this because Yuka is a non-gender-conforming character who just exists – they aren’t there to make a point or to inject diversity into the story, they just are who they are and also do art, and Yatora’s name issue aside (which is serious in the real world), no one really appears to care how Yuka identifies.

It’s also worth noting that Yamaguchi does not draw all of the art in the book. The manga itself, yes, but all of the images of fine art are drawn by different people, one for each character. This certainly helps to make each artist feel like they have a real style, and it also adds a bit of realism to the manga, since the still life works and others aren’t stylized; they look like what might come out of an actual art class. Credit is given each time an artist’s work appears and Yamaguchi later thanks each artist in more detail.

Blue Period’s first volume is an interesting work, both in terms of an exploration of what it means to make art (and how one does that) and as a slice-of-life coming-of-age narrative about a young man figuring out what it is that he wants to do with his life. Even if you aren’t a fan of fine art, it’s worth checking out for Yatora’s journey.