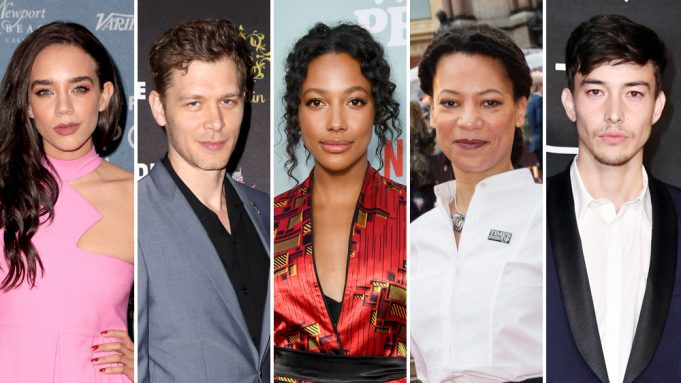 “Brave New World” imagines a utopian society that has achieved peace and stability through the prohibition of monogamy, privacy, money, family, and history itself. As citizens of New London, Bernard Marx (Lloyd) and Lenina Crowne (Brown Findlay) have only ever known a rigid social order, a perfect pharmaceutical called Soma, and a culture of instant gratification and ubiquitous sex. Curious to explore life beyond the strictures of their society, the two New Worlders embark on a vacation to the Savage Lands, where they become embroiled in a harrowing and violent rebellion. Bernard and Lenina are rescued by John the Savage (Ehrenreich), who escapes with them back to New London.

Bunbury will play Frannie, Lenina’s best friend, a Beta Plus who embraces her conditioning and New London’s social order. Bunbury recently appeared in the critically-acclaimed Netflix miniseries “When They See Us” and previously starred in the Fox baseball drama “Pitch.” On the film side, she recently starred in “Game Night.”

She is repped by ICM and Principal Entertainment LA.

John-Kamen will play Wilhelmina “Helm” Watson, a hedonistic artist and New London’s premier maker of Feelies. John-Kamen currently stars in fellow UCP series “Killjoys” and will appear in Netflix’s “The Dark Crystal: Age of Resistance.” She made her feature debut in “Star Wars: The Force Awakens” and also starred in “Ant-Man and the Wasp.”

She is repped by Paradigm, Luber Roklin Entertainment, and Scott Marshall Partners.

Mitsuji will play Henry Foster, an Alpha Plus in every way, who works alongside Bernard as a counselor at The Bureau of Stability. Mitsuji recently appeared as a series regular in “Origin.” His other roles include an upcoming series-long arc on “Altered Carbon,” as well as a recurring role in the upcoming final season of “The Man in the High Castle.”

He is repped by APA and Jackoway Tyerman.

Morgan will play CJack60, an Epsilon relegated to physical, tedious jobs, who is deeply impacted after witnessing a horrifying incident. Morgan is best known for his role as Klaus Mikaelson on “The Vampire Diaries,” and later on the spin-off “The Originals.” His film roles include “Immortals,” “Alexander,” and “Master and Commander: The Far Side of the World.”

He is repped by WME and manager Richard Konigsberg.

Sosanya will play Mustafa Mond, a World Controller who is responsible for maintaining New London’s social structure and utopian promise. Sosanya’s recent TV credits include “Good Omens” and “Killing Eve.” Her film roles include “David Brent: Life on the Road” and “Love Actually.”

She is repped by Independent Talent Group.