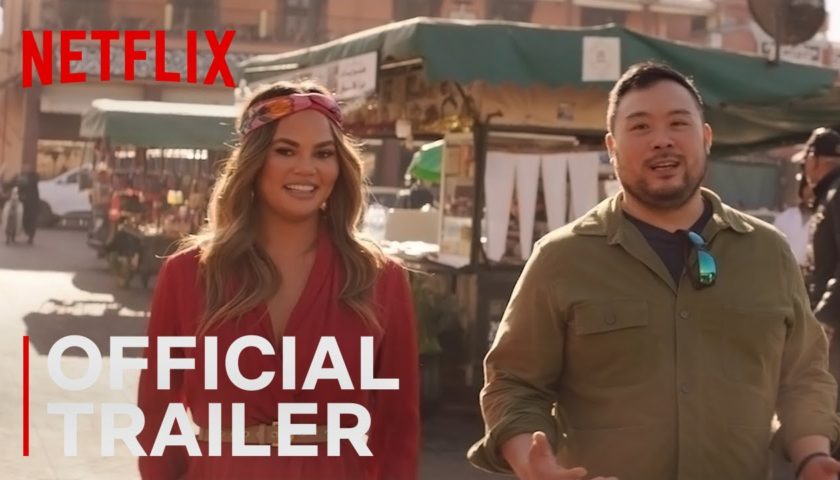 When restauranteur, author, and TV host David Chang joined the Netflix content machine, he did so with the interesting and occasionally illuminating documentary series Ugly Delicious. The show was not only a peek into the life and inspirations of one of the hottest restauranteur’s around, it also aimed to broaden viewers’ understanding of cuisine of all kinds, from a variety of different cultural perspectives. It was, to put it simply, a potential way to fill the Parts Unknown-sized void left by the loss of Anthony Bourdain. That potential is left unfulfilled, however, in Chang’s Ugly Delicious follow-up and spiritual sequel, Breakfast, Lunch & Dinner.

Food shows are a dime a dozen nowadays, with even Phil Rosenthal, the creator of Everybody Loves Raymond, having a platform that allows him to jet around the globe and sample the cuisines of various locales and cultures, in Netflix’s Somebody Feed Phil. Though that series has the ever amiable and enthusiastic Rosenthal to taste the kinds of authentically prepared food most viewers will likely never have an opportunity to try, it also lacks a distinct perspective, beyond that of a famous tourist with a seemingly boundless appetite. Breakfast, Lunch & Dinner, with its similarly global reach and high-profile celebrity guests, suffers from much the same complaint.

There is a lack of necessity in the show that’s apparent from the moment go, as Chang’s first stop is Vancouver, British Columbia, where he spends a day eating — what else? — breakfast, lunch, and dinner with one of Canada’s greatest exports: Seth Rogen. The actor, writer, director has been popping up a lot on Netflix’s food-centric series as of late, with appearances on Jon Favreau and Roi Choi’s comparable The Chef Show, as well as the latest season of Jerry Seinfeld’s Comedians in Cars Getting Coffee. Though thin, the latter at least has a clearer agenda: see what comedians think about their profession while sipping coffee and tooling around in a classic car of some make and model. It’s essentially a celebrity hangout show, something The Chef Show and now Breakfast, Lunch & Dinner both aim and, at times, struggle to make compelling.

Unfortunately, what sets Chang’s latest series of adventures apart isn’t that he’s making great use of his passport to chat with the likes of Rogen, Chrissy Teigen, Lena Waithe, and Kate McKinnon, it’s that the series never convincingly connects the dots between Chang, his guests, the cuisine, and their destination. As such, it’s difficult to discern what, exactly, the series is meant to be. It’s not really a food show, as the food that’s consumed is rarely discussed in any significant detail. It’s also not really an interview show, as Chang, though competent in his hosting duties, isn’t exactly prone to, or seemingly interested in, posing probing questions to his guests. The best way to describe Breakfast, Lunch & Dinner, then, might be as a travel show, and a celebrity travel show at that, though even that is something of a dubious descriptor. There’s a sense that Chang wants to upend the idea of what these kinds of shows are and the content they cover. And while he succeeds in eschewing some of the more formal conventions of similar programs, he doesn’t really offer up anything new, to distinguish Breakfast, Lunch & Dinner from all the other content floating around out there.

At times, it seems as though the series should really have just been called David Chang Has Famous Friends…and Can Prove It. While that sort of transparency would have been appreciated, it would also would have gone a long way in informing potential viewers what the show really is: an excuse to hang out with famous people in some unique locales. Honestly, there’s nothing wrong with that, and when viewed through that particular lens, Breakfast, Lunch & Dinner is transformed into a mostly serviceable, albeit flavorless hangout series. In other words, it’s kind of bland comfort food — what it lacks in obvious nutritional value it makes up for in its ease of consumption and ability to make viewers say, “Sure, I’ll have another.” That is, after all, Netflix’s recipe for streaming success.