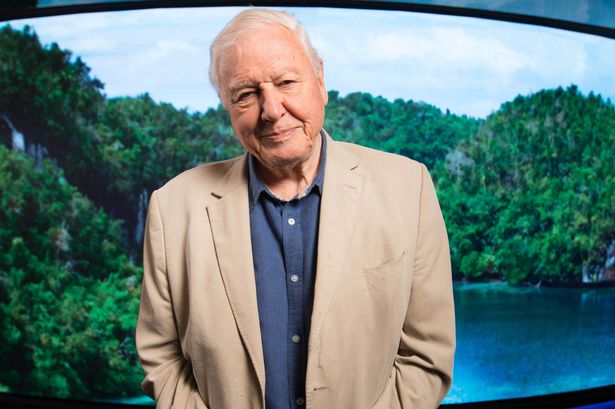 Having been a producer on David Attenborough: A Life on Our Planet in 2020, filmmaker Jon Clay is back with a post-COVID 19 documentary as director that slams even harder. Breaking Boundaries: The Science of our Planet examines the nine boundaries that stabilise planet Earth and whether or not the human race has already crossed the point of no return. Examining aspects such as CO2 levels, ocean acidity, and the ozone layer, the film becomes a devastating acknowledgement of human impact whilst presenting genuine solutions to the problems we have made.

Less visually breathtaking than most Attenborough-based documentaries yet far more emotionally engrossing, Breaking Boundaries: The Science of our Planet has a significant amount of factual graphics that will gut-punch the viewer in submission, arresting them into a state of emergency. Whereas A Life On Our Planet felt like Dave’s plea to the world to fix up and look sharp, Johan Rockström is a more central figure here and he ain’t playing. This becomes a dire warning right to the top, as well as the masses, and acts as the collective voice for scientists everywhere who are sick of not being heard.

The global pandemic offers a unique backdrop for the film to unravel in front of, after long months of hardship and forced change for communities everywhere, the idea of globally confronting something like climate change feels far less impossible and in fact, is the exact reason we need to do it. It is unlikely audiences will want to throw themselves at this Netflix documentary with a big bucket of popcorn but it is unmissable for, sadly, all the wrong reasons.

Johan, David, and crew, all create resilient links between the science and the day-to-day impact we see around us. Rather than talking too much about the nerdy stuff, we are presented with real-life tragedies such as the coronavirus outbreak, the Australian bushfires, and the increased flooding, to really hit home the message that this is no longer the focus of researchers and white coats. The Earth is now becoming a formidable player in the games we have been playing for decades, turning on us and will only worsen if we ignore the boundaries set out by Johan and his colleagues.

In an attempt to do my own public duty, for anyone happy to be given the spoilers which come at the end of Breaking Boundaries: The Science of our Planet, especially if you don’t plan to watch it, here are the things you can do to help planet Earth:

Hopefully, Clay won’t be back in 2022 with another kick to our crotch because we have all returned back to pre-pandemic wasteful ways but, regrettably, I fear we should all gear up for the next Netflix documentary Finding Shelter: Well You Didn’t Listen, Did You?