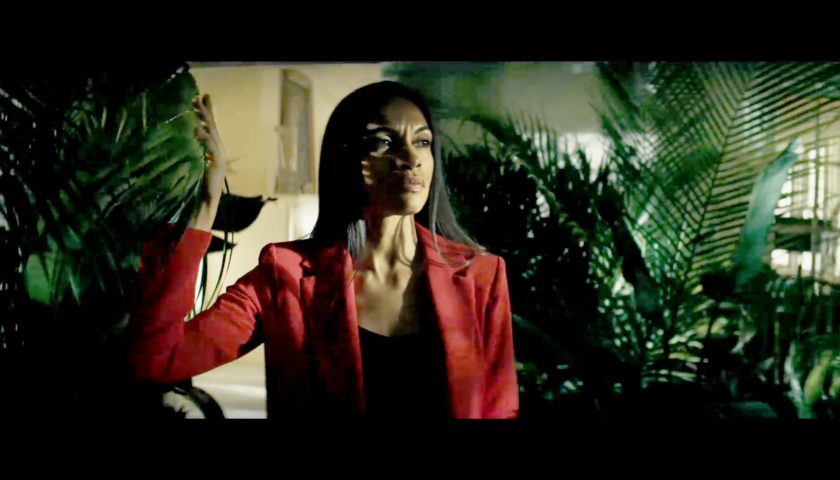 Rosario Dawson cemented her exit from Netflix’s street-level Marvel shows last year; a move that proved prescient with the subsequent cancellation of Luke Cage, Iron Fist, The Punisher, Daredevil and Jessica Jones. Having moved on, Dawson will star on USA Network crime anthology series Briarpatch, which adapts the 1984 Ross Thomas novel of the same name.

The series is developed by Esmail Corp. and Anonymous Content, the companies of Sam Esmail, the creator of USA Network’s hit Internet age series, Mr. Robot. Dawson headlines as Allegra “Pick” Dill, a Washington, DC-based investigator and political fixer who is drawn back to her Texas home town after the car-bomb-caused murder of her decade-younger sister, who was a homicide detective. Back in the Lone Star State, Allegra will field a perilous investigation that will dig a up a dangerous past that’s close to home in every conceivable way.

Briarpatch is also being affected by an outside narrative connected to the current field of presidential candidates. Star Rosario Dawson is dating one such candidate, New Jersey Senator Corey Booker, but her public appearances with him have lessened as of late, which led to speculation of a breakup. However, Dawson revealed that the absences are related to her work (shooting Briarpatch,) which has mostly taken her away from the campaign trail.

Briarpatch does not have a specific release date yet, with the first trailer only teasing a release set sometime in 2020.

However, it has been revealed that the USA Network series will screen its first two episodes during the Toronto International Film Festival, which will be held from September 5-15, 2019.

The 92-minute duo of episodes, while not named, are credited to creator Andy Greenwald and directors Ana Lily Amirpour and Steven Piet.

Briarpatch adapts the 1984 novel of the same name by Ross Thomas. The book won the Edgar Award for Best Novel in 1985. Besides the obvious change of time setting and context, the series gender-swaps the story’s protagonist, Ben “Pick” Dill, for Rosario Dawson’s Allegra “Pick” Dill. However, the motivation to find justice for the killing of the character’s sister remains the same.

The TV project was ordered to series back in January, now shooting in Albuquerque, New Mexico. It was among a slew of new projects announced for USA’s slate back in April 2018, which notably includes Jason Bourne series spinoff Treadstone.

As Chris McCumber, President of Entertainment Networks at NBCUniversal Cable Entertainment, expresses in the statement announcing the show’s pickup:

“When we were first introduced to the anthology by Andy Greenwald, UCP and Paramount Television, we were immediately struck by the show’s unique tone and captivating story.” He adds, “And Sam Esmail’s incomparable vision and style, coupled with Rosario Dawson’s tremendous performance as Allegra Dill, will no doubt leave audiences buzzing.”

There’s no word yet on when we can expect Briarpatch, but we will keep you updated here as news arrives.