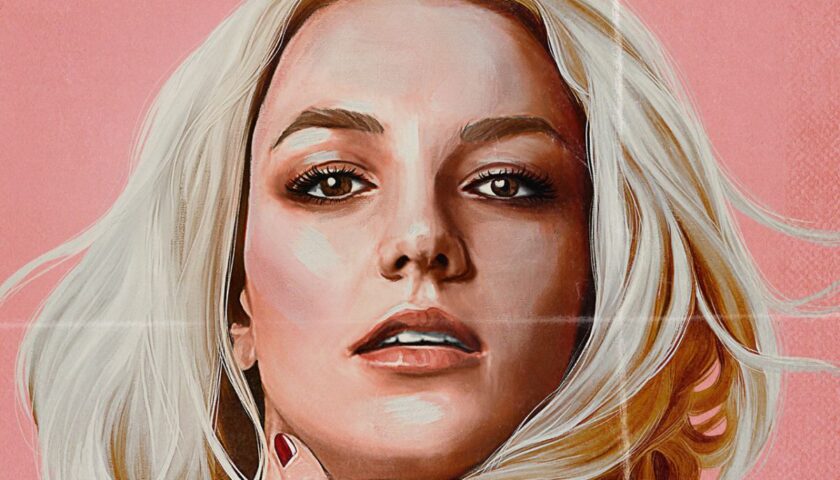 Say this much for Netflix’s new documentary “Britney vs Spears”: It certainly wasn’t made with the objective of pleasing her fans in mind.

The documentary, directed by Erin Lee Carr, is intended as an exploration of the pop star’s current struggle to escape the conservatorship, run by her father, that controls her life. On the way there, though, there’s no side of Spears’ story too uncomfortable or personal to depict. The doc spins its wheels rehashing Spears’ divorce from Kevin Federline and her time as an object of tabloid interest, complete with unflattering paparazzi video footage of Spears at a destabilized moment in 2007. The voices of figures from Spears’ past, including former manager Sam Lutfi and paparazzo ex Adnan Ghalib, are given precedence, and text messages from Spears, provided to the production by Ghalib, play onscreen. At one point, we hear a late-night voicemail message Spears left a lawyer in 2009, pleading for help in ensuring she won’t lose access to her children.

This shapeless doc feels overlong at just over 90 minutes, because it’s unclear what, exactly, Carr and collaborator Jenny Eliscu want to say about Spears. Contrary to the film’s title, the film’s focus at times seems to be Carr and Eliscu. The pair — respectively, an accomplished documentarian and a journalist who has profiled Spears — both appear on camera, and their work of investigating Spears’ story is dramatized with shots of clicking into secret files or shuffling through paperwork. Eliscu in particular is clearly very emotionally engaged by the Spears case, but, more often, the interactions between Carr and Eliscu are so focused on the thrill of discovery as to lose sight of the human they’re trying to help through their work.

But in making themselves characters in the story, the two reporters end up emphasizing how little new information they got. It may not be fair that, though they began work on this project years ago, they were beaten to the punch by the New York Times-produced “Framing Britney Spears,” but that is the reality; the Times’ documentary, and a brutally effective follow-up dropped this past weekend, helped bring the story into the public consciousness, and Carr’s work as a result only amplifies or adds detail on what has been known. What’s more, “Framing Britney Spears” was made with an exquisite sensitivity to the delicacy of Spears’ plight and with real insight about the ways in which she’d been misused by the culture even before her conservatorship began. An exemplary moment in “Britney vs Spears” comes when Eliscu expresses disgust at Spears’ situation: “She gets an allowance, she’s got privileges, and her daddy is in charge.” Carr’s reply? “That’s the patriarchy.”

This is certainly not untrue! But it’s also the first and most immediately apparent thought one would have about a female superstar living under the thumb of her father. And the documentary’s willingness to settle for easy takeaways about the Spears story means that it underthinks the harder stuff — like what it means, for Spears and for us all, that to discuss her current lack of freedom means, in this project’s case, that we must also look back in gawking horror at scandals from her past. (Spears herself has said that documentary coverage of her life makes her uncomfortable, which is not a journalist’s only consideration. Given that these projects put forward a tone of trying to work in Spears’ interest, though, that should be a consideration nonetheless.) There seems little apparent irony in this film’s playing Spears’ electric testimony from earlier this year, in which she pleaded, “I just want my life back.” If this documentary is to play any role in speeding that process, it’s also insisting that the path to getting her life back goes through Netflix, Carr and Eliscu getting a bite of it first.

The temptation to dig deeply into Spears’ fall is understandable enough. Her story is doubly intriguing — both for the possibility that it suggests Big Insights into our culture as well as for the details about one very particularly charismatic, gifted and endlessly mistreated woman. Reckoning with what’s been done to Britney Spears means, perhaps, understanding that the two threads can’t be untangled.

But the story, as it exists up to this point, had already been effectively told. And watching the culture industry attempt to come up with new ways to package and profit off of Spears’ humiliation and pain very clearly calls to mind her 2007 and 2008, in which she was metabolized for content more than she was ever clearly heard. (Many bystanders and commentators, then, were well-meaning, too.) Netflix has added little to our understanding of Spears’ narrative — but for the renewed awareness, on the part of the viewer, that even after all that is now known about her plight, even the biggest media players can’t resist trying to squeeze some juice out of her painful, inhumane saga. Does Netflix think we should Free Britney? Sure. But only if we can Use Britney first.