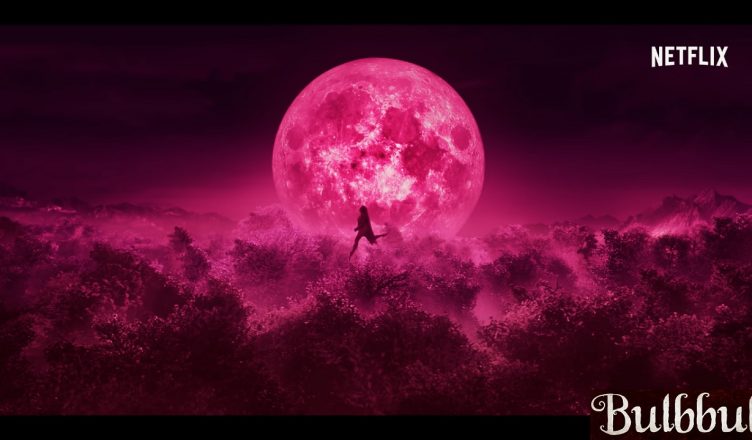 Kashphool is a common sight in Bengal especially right before the festive season – Durga Puja. It stands for peace, happiness that’s just around the corner, almost declaring a new beginning as it dances in the breeze. Yet it never blooms in cared land; you will find it thriving in abandoned stretches of land, wild and untameable. Netflix’s Bulbbul ends with such an image – a Thakur Bari that once stood for promises of the future now has kashphool growing across its courtyard. Abandonment with the hope of a new beginning.

Director Anvita Dutt described Bulbbul recently as “a fairy tale with teeth” and truer words have never been spoken. The Anushka Sharma production dropped on Netflix today (June 24), and if you haven’t had the chance to catch it yet, we suggest you keep an undisturbed two hours for this one tonight.

Bulbbul boasts of a stellar star cast – Rahul Bose is seen in a double role, of Bado Thakur and Mejo Thakur, the eldest and the mentally unstable second brother of a rich Thakur family, Avinash Tiwary as Satya or Chhoto Thakur, the youngest brother, Paoli Dam as Binodini, the wife of the second brother, Parambrata Chattopadhyay as Dr Sudip, and finally, the enigmatic Tripti Dimri as Bulbbul. Set in the late 19th century Bengal, Bulbbul on the surface is a story of a witch, a product of folklore, but as you scratch the surface, it bleeds of revenge, and ultimately, justice.

The film starts off with a child, Bulbbul, dangling her feet down a tree branch, humming away. She is so tiny that she just about manages to hold two ripe guavas in both her hands. Soon, she is found by her Pishima (aunt) and taken away to the mandap – she is getting married today. Child marriages at the time weren’t uncommon. Barely five, Bulbbul is being wedded to Bado Thakur with the consent of the elders of Bulbbul’s family. Yet her young mind cannot process that. She assumes she’s marrying Satya; it must be so because he is more of her age. She is wrong.

But then, what is marriage to a five-year-old? Satya and Bulbbul spend most of their time telling each other stories of witches and witchcraft, losing themselves in the undiscovered corners of the haveli, and in each other. That witch, of course, is very real, perhaps we’ve all seen her around us, and described that way because we failed to define her otherwise. Our limitation, her limitlessness. They grow co-dependent, but more importantly, she finds a safe house in him, something very few would understand, and fewer would accept. After all, a brewing bond between Badobou and her brother-in-law is often scoffed at, and we’ve seen a few such examples in cinema, right?

The story then moves 20 years ahead, Bulbbul and Satya are now in their twenties, their relationship now slightly mature, yet without a definition. For Bado Thakur, however, Bulbbul is now of age. He’s waited 20 years to see the same love for himself in Bulbbul’s eyes that he’s had for her, except something is amiss. “Bulbbul ko toh sirf Satya chahiye,” Binodini fills in, and he knows.

The two are separated, Satya is sent off to London, she is punished, as women often are when they dare to cross the Lakshman Rekha chalked around them, and the secrets remain buried within the walls that stand witness to everything – badi haveliyon mein bade raaz hote hai – and one just learns to live with them.

It’s been five years since the judgement day, and the secrets that these walls hold are now pulling them down by their weight, almost befalling the haveli like a curse. Mejo Thakur is killed by what the superstitious villagers feel was a witch attack, Bado Thakur has left because the burden was too much, Binodini, now a widow, lives in an outhouse of sorts with her kin and Bulbbul has taken up the mantle on her able shoulders. Bulbbul is a different person today, but unlike Satya, the audience knows exactly why. Her shy smile has turned into a confident, almost intoxicating giggle, her sweet red bindi almost churns your stomach now, and her soothing cascading black tresses seem deathly. Even more attractive. Dr Sudip visits frequently, checks her feet and leaves. But the story of Bulbbul has only just begun.

Revenge dramas often fall into a rut by virtue of them being so far removed from reality that the audience, even as they are entertained, fail to connect with the story. Bullbbul cleverly uses the fairytale trope here to trap the audience. Even if you know what’s unfolding before you is a fantasy, it is just so fantastical that you cannot help but be mesmerised. The actors’ performances, of course, come in handy in this Netflix offering.

Tripti’s transformation from a coy girl to a confident woman is unparalleled. Paoli, a popular face in Bangla cinema, delivers a deliberate measured performance to portray a woman who has surrendered to the rules and regulations of the Thakur Bari, unwittingly becoming a vehicle of the same. Both women use their eyes to perfection – while Tripti uses her brown beady eyes to convey the shift in her personality, Paoli’s dark black eyes stand witness to all the manipulations she’s had to endure.

Parambrata, another head-turner in Bangla cinema, and the one who wowed us in Pari and Kahaani, owns the space when the camera is on him. To a point that Avinash almost disappears in the scenes he shares with Parambrata, only to regain his footing in the climax. Just when the narrative, the role and the audience needed him to. Rahul Bose, even with relatively short screen time, trumps you with his screen presence.

Bulbbul is a brave commentary on patriarchy, and how strong women who cannot be boxed or chained have threatened it in every century. Therefore, they must be burned, just so the phallic pillars of patriarchy can remain standing tall. Except once in a while, a Bulbbul is born from those ashes. And a fairy tale unfolds.