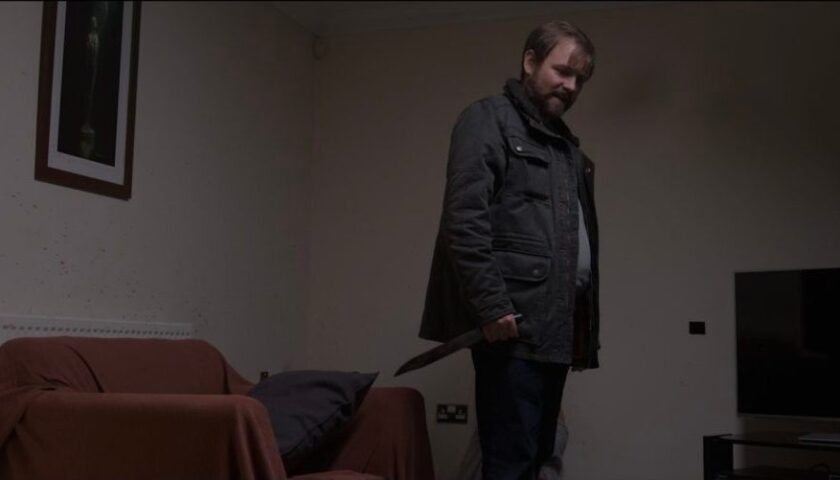 Making its debut at Fantasia, Bull — which shot on a low budget for 18 days during the pandemic — could capture the attention of other festivals, particularly those with a genre focus. The film is also likely to appeal to a domestic audience keen for less mainstream works from the likes of Ben Wheatley, with whom Williams shares a passion for exploring the darker extremes of human behaviour. A UK release is planned later this year through Signature Entertainment, which also handles international sales.

Maskell is superb as Bull — the character is given no other name, but this one certainly suits him well enough — who has returned to his old haunts after an unexplained 10-year absence. His friends and family are shocked to see him, particularly when he starts dispatching them in gruesome ways; this, it becomes clear, is payback for a plot instigated by his father-in-law, gruff local mobster Norm (a menacing turn from David Hayman). Norm took extreme steps to separate Bull from his then-young son Aiden (Henri Charles) at the spiteful behest of Bull’s unhappy wife — and one of Norm’s beloved daughters — Gemma (Lois Brabin-Platt who, like the rest of the film’s female performers, convinces in a small role.)

There’s something of Kill Bill to how Bull systematically and mercilessly works his way through all those who double-crossed him, but — aside from a couple of on-the-nose soundtrack choices — Williams eschews Tarantino’s self-aware pop-culture slickness in favour of messy realism. Indeed, as Bull hacks his way through his nearest and dearest, the camera doesn’t shy away from the grit and gristle of his task; this is not a film for the faint-hearted.

Yet Williams is a director with a keen eye for detail and, working with cinematographers Ben Chads and Vanessa Whyte, offers fleeting moments of relief in colourful bucolic flashbacks of Bull and his son in far happier times. There are multiple flashbacks, too, of Bull’s life as part of Norm’s family, and as an integral part of his ‘crew’; pieces of a puzzle that slowly reveal how things went so very, very wrong.

Maskell keeps a firm hand on his character throughout, ensuring that Bull’s pain always runs close to the surface but never quite slips into full-on mania — aside from one disorienting fairground waltzer sequence shot at a high frame rate. Bull is very much a man on a mission, driven to extremes not by some psychological quirk but by pure, old-fashioned vengeance. Even if you abhor the man’s bloody methods, there’s sympathy to be had with his plight. And it’s only at film’s end that the extent of Bull’s furious desperation comes into sharp, genuinely surprising focus.