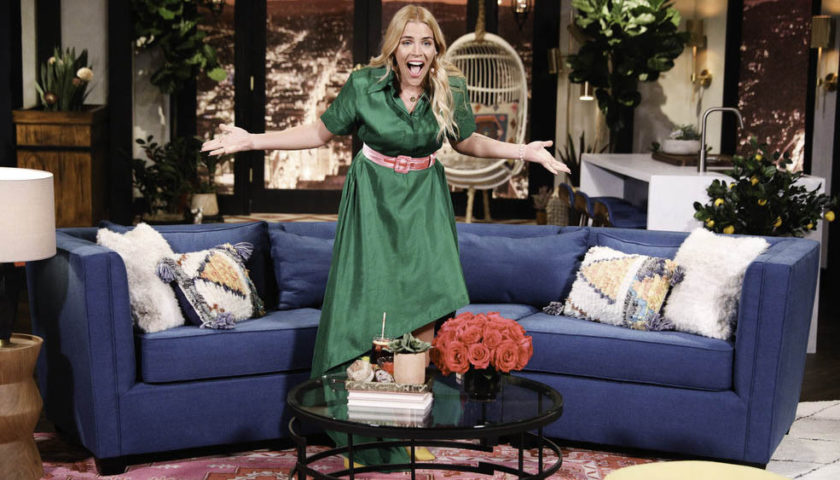 Review: The opening theme song of Busy Philipps’s new E! talk show, “Busy Tonight,” features the actress and host in several low-fi videos of exactly the sort she’s known for posting on Instagram. We see her working out, dancing with a friend, and speaking directly to the camera, saying, “Let’s start a campaign for a television show no one has ever seen,” she says. “It’ll be so great!”

Philipps, whose seeming mastery of the Instagram Story has netted her some 1.3 million followers and a reputation for plainspoken frankness, has indeed created a show that feels, at least, different from the rest of talk right now. (“Busy Tonight” concluded its first week of shows, airing nightly from Sunday to Wednesday, Oct. 31.) Effectively every new nighttime talk show to have emerged since Stephen Colbert took over CBS’s “Late Show” has felt, in ways large and small, inflected by the legacy of Jon Stewart’s “Daily Show,” with monologues meant to evoke political awakening before — and in some cases instead of — laughter. (This even included Philipps’s predecessor on E!, Chelsea Handler, whose work on Netflix was sharply political.) The new format for a successful talk show models its set on a CNN studio and its sensibility on your most politically engaged Facebook friend, with all the scolding that implies.

“Busy Tonight,” which began each of its first four episodes with a topic-averse monologue that trails vaguely and diffidently into the interview with the night’s guest, is unafraid to beat against the tide; it utterly resists topicality. After all, the set is decorated in the soothingly basic, California-casual style that incorporates endless small flourishes (“I wanted my set to have crystals, of course,” says Philipps in the first episode) all matching a muted, selfie-ready palette. It may be familiar from millennial-friendly coffee shops and from having been parodied in the film “Ingrid Goes West,” but it’s a new look for a talk show. And the comedy, such as it is, matches the swaddling mood of the set. It’s soft-edged, collaborative — with three of the show’s writers sitting just offstage and pitching in — and fairly toothless, taking on either universally derided easy targets (Justin Bieber, people who brag about not owning TV sets) or popular concepts or consumer products (SoulCycle, sheet masks, cutting toxic people out of your life) whose inclusion in the show is an invitation for fellow enthusiasts to clap along. The studio audience, whom Philipps can have trouble engaging, seems most tuned-in when she veers away from comedy, as when she asks “How was your self-care today?” Each episode, in a production choice that’s at least startlingly odd, ends with her in a nightgown singing a lullaby to her audience and telling them “I love you.”

It’s all theoretically refreshing, a lilypad of indulgent zenning out in a late-night landscape marked by its particular lack of chill at a challenging historical moment. But in practice, though, a talk show that’s pointedly about nothing is as tough to watch as it may prove to be to sustain. Philipps’s first monologue began, after some requisite first-episode gushing about her excitement to be there, with an acknowledgment that the fifth game of the World Series was playing out elsewhere on TV; Philipps noted baseball is “not for me” and “game five is five games more than I actually care about.” To not care about baseball is a valid (and, if sports ratings are to be believed, increasingly popular) choice. But to bring up a news topic in order to present the comic take “I don’t care about this, so forget it” suggests there is not much of a comic take at all.

The show with which “Busy Tonight” shares the most DNA is Bravo’s “Watch What Happens Live” with Andy Cohen; Philipps’s showrunner formerly executive-produced Cohen’s show, and both series seek to end the day with a bit of warmhearted enthusiasm. But Cohen, who is, like Philipps, not a comedian, came into “Watch What Happens” with a sharp and familiar take that had value both because of what he stood for and what he plainly didn’t. He’s a sharp questioner; Philipps generally talks past her guests to redirect to stories from her own life. Cohen will point out trends he loves and ones at which he takes umbrage; “Busy Tonight” is a positivity-only zone and so ends up communicating little at all. It’s not antithetical to self-care to have standards.

To the viewer who’s intimately familiar with Philipps — and many exist, as evidenced by the fan art she displays in her studio and the follower who dressed as her on Halloween who got an on-air shout-out — the dots are surely easily connected. But to those less familiar, Philipps left her first week as effectively an enigma. We know she generally likes popular things and wants to give her viewer a smooth place to land before bed. But talk demands a crystal-clear point-of-view, and “Busy Tonight” has yet to find that, making its endless references to the language of self-help and its production excesses like the nightly lullaby feel like the antic search for a personality, not the expression of one. Some things about television shows we’ve seen before are worth keeping.