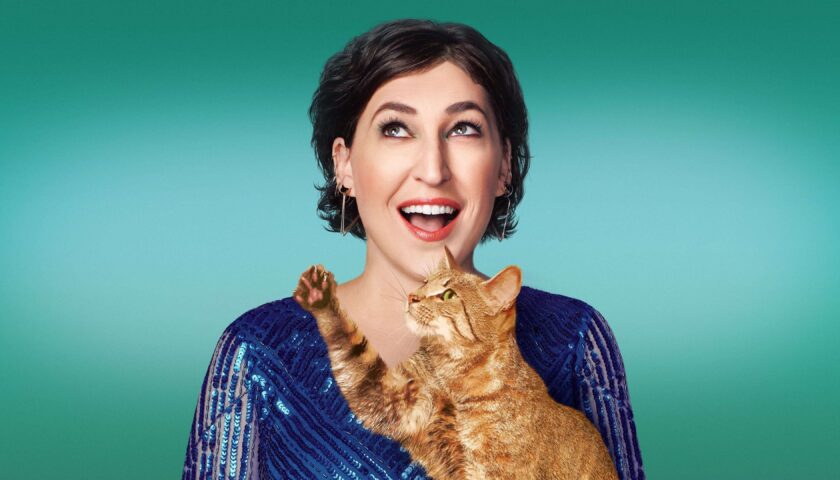 After a long supporting run on “The Big Bang Theory,” Mayim Bialik is back front and center in “Call Me Kat,” a Fox sitcom that feels so tired and dated it’s tempting to double-check the year. Loosely adapted from the British comedy “Miranda,” the show revels in pratfalls, but none bigger than the banana peel it keeps slipping on in its pursuit of laughs.

Bialik’s Kat is 39 and still single, a fact that she has to repeatedly explain to her widowed mom (Swoosie Kurtz). That marital status has only emboldened her to live out her dream by opening a cat cafe, where her employees include a baker played by sitcom veteran Leslie Jordan, who does what he can to spice up the material.
The main wrinkle in the presentation — and lord knows it’s not a new one — involves Kat regularly breaking the fourth wall and speaking directly to the audience, expressing her insecurities and awkwardness. Bialik was very good at that in “Big Bang,” but thanks to the predictable writing here, it’s mostly a big bore.
As for the story, the new development in Kat’s life centers on the return of Max (Cheyenne Jackson), a guy upon whom she had a major crush back in college. He’s amiable and single, but her discomfort around him — and the literal collisions that yields — begins to grow tedious even before the pilot episode ends.
Fox made four episodes available, and there is some modest serialized progression to Kat’s story, but not enough to plant much of a hook. There are moments of sweetness and vulnerability, but the nicest thing one can say is that everyone throws their all into the sillier aspects, complete with closing credits in which the cast playfully waves goodbye, taking a curtain call for the show they just put on for you.
Hold the bouquets, but like “Friends,” “Big Bang” stars returning to TV will be an occasion, and the network is giving “Kat” (whose producers include Bialik and former co-star Jim Parsons) an enthusiastic launch. The series will premiere following NFL football along with a preview of an animated show from the producers of “Bob’s Burgers,” “The Great North,” about a family in Alaska. The latter is pretty much exactly what you’d expect, down to the moose jokes, with Nick Offerman providing the voice of the crusty single dad raising an eccentric brood.
As for “Call Me Kat,” even the “cat cafe” concept feels underutilized, given the TV theory that you can never go wrong with cute pets. Granted, the image of “herding cats” exists for a reason, but they’re an appropriate mascot for a sitcom that barely earns one life, much less nine.