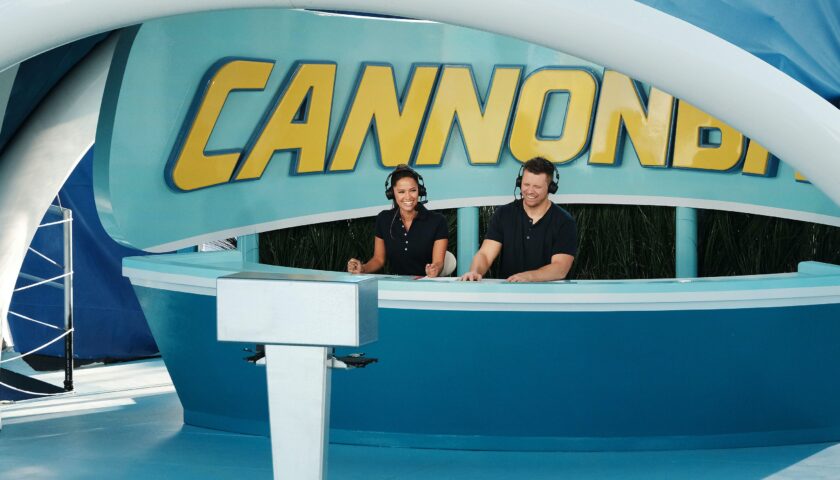 A premiere preview of the new USA Network competition series “Cannonball” helped NBC blast its way to the top of the TV ratings charts on Monday night.

The new series, hosted by WWE star Mike “The Miz” Mizanin scored a 0.6 rating among adults 18-49 and drew 2.7 million viewers in the 10 p.m. time slot. Prior to that, “Titan Games,” which is hosted by another former WWE talent in Dwayne Johnson, ticked down from last week to a 0.7 rating and 3.9 million viewers. “The Wall” sandwiched the two with a 0.7 and just under 4 million total viewers, which represents its largest audience of the season and a small 4% bump from last time around.

After jumping to a season high 0.5 rating last episode, “The Bachelor: The Greatest Seasons – Ever!” returned to a 0.4 rating this week, drawing 2.1 million viewers in the process. The first two episodes of the “The Bachelor” all-time highlights series also scored a 0.4.

The CW was the only other major broadcast network to air original episodes on Monday night, with new editions of “Whose Line Is It Anyway” and “Penn & Teller: Fool Us” both scoring a 0.2 rating. The former drew 1.1 million viewers, the latter just under 1 million. A “Whose Line” replay in between them came in at a 0.2 and 964,000 viewers.

Finally on Fox, a “9-1-1” replay delivered a 0.3 rating and 2.4 million viewers, before being outperformed by a replay of its “Lone Star” spinoff. The Rob Lowe drama cam in at a 0.4 and 2.3 million pairs of eyeballs.