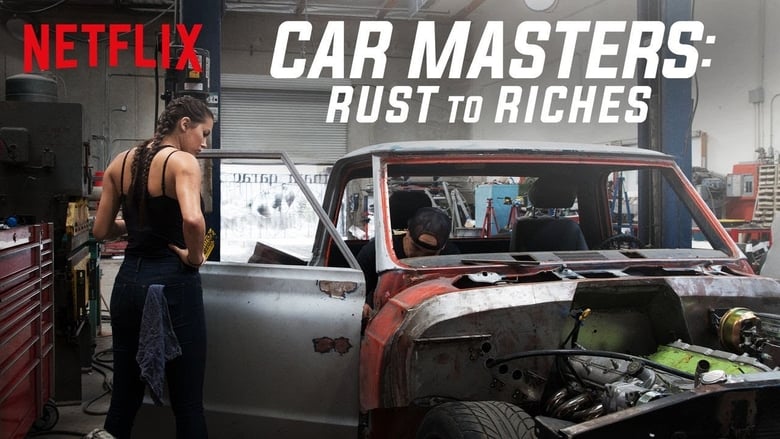 Review: Car Masters begins with host Mark Towle reciting the famous paperclip parable. A kid with a red paperclip embarks on a series of trades that end with him turning his single paperclip into a house. That’s basically the premise behind Car Masters, except replace “paperclip” with “classic car” and “house” with “an insane amount of cash.” Led by Towle, Gotham Garage buys classic cars for $500-$1,000, restores them, and then flips them for more expensive automobiles. The goal is to turn $1,000 into $100,000, but you know what they about best-laid plans, they often go awry.

Towle is joined by an entertaining group of ragtag specialists. In Episode 1, the crew purchases a ratty 1964 Ford Thunderbird for $1,000. They plan to restore the classic car, which will obviously increase its value, and then swap it for a Chevy Fleetside pickup, which is worth around $45,000. Eventually, Towle plans to upgrade the Fleetside in the hopes of trading it in for a rare Zephyr car, which could net the crew over $100,000.

Our Take: Car Masters is an enjoyable series. The crew share a fun, ball-busting camaraderie, and their love and knowledge for cars shines through. It’s uplifting to see a group of friends working on something they love.

Like most makeover shows, the gang encounter more than their fair share of hiccups. A classic case of old-school methods meeting new-age technology occurs when the shop attempts to equip a smart car with off-roading capabilities.

Breakout Star: Even though there’s a very entertaining dude named “Caveman” on Car Masters, Shawn earns my vote for breakout star. The “deal maker” of the group (that’s his actual job title), this affable car enthusiast is a thrifty automotive detective who’s adept at finding the very best bargains. He even pins photos of available cars to a giant board and connects them with yarn, much like a no-nonsense cop who plays by his own rules.

At one point, Mark sends him out to purchase a motor and Shawn comes back with a tiny car. He’s an incorrigible scamp, but everyone seems to genuinely love him. You gotta respect someone who’s literal job title is “deal maker.”

Our Call: If you’re a gearhead and/or fan of reality TV, stream it! Even if you don’t know a shock absorber from a lug nut, Car Masters is an enjoyable stream, but this show was created for a very specific audience. Buckle up and enjoy the ride.