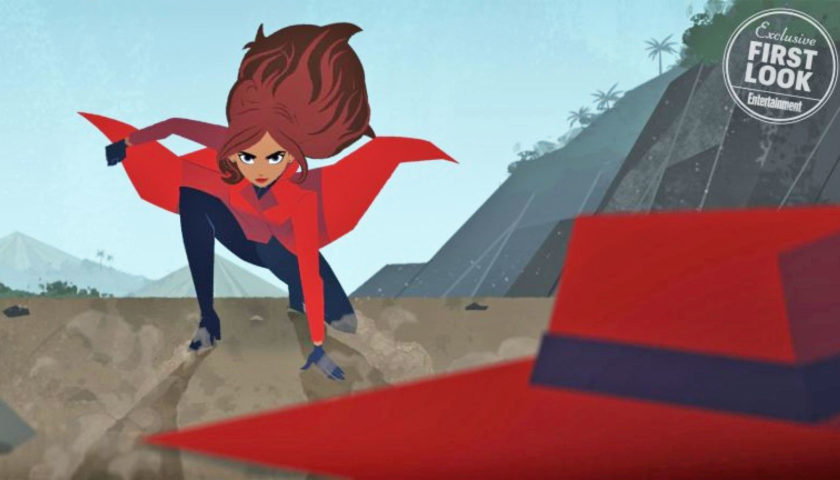 Review: Where in the world is Carmen Sandiego? As it turns out, she’s in crime school, according to the new trailer for Netflix’s new Carmen Sandiego animated series. The series, which is based on the character’s ’80s and ’90s edutainment games and TV series, looks to explore the origins of the international thief. The show will also feature some of her post-school heists, as she travels the world as a thief that only steals from other thieves. The trailer also gives us a brief introduction to both series lead Carmen, who is voiced by Annihilation’s Gina Rodriguez, as well as her partner-in-crime, Player, who will provide the voice in her ear on missions — and act as a nod to the original games. He’s voiced by Finn Wolfhard from Stranger Things. The showrunner for Carmen Sandiego is Duane Capizzi, whose previous work includes Cartoon Network’s The Batman, and the series will be executive produced by CJ Kettler of The Tick. The season will consist of 20 22-minute episodes and will be released on Netflix Jan. 18. This isn’t the only Carmen Sandiego adaptation that Netflix currently has in production. Also on the way is a live-action movie, though the streaming service has released significantly fewer details about it. One thing we do know is that Gina Rodriguez is set to play the iconic red-jacketed thief in that movie as well. It’s unclear if the live-action movie and the animated series will be connected in any other ways