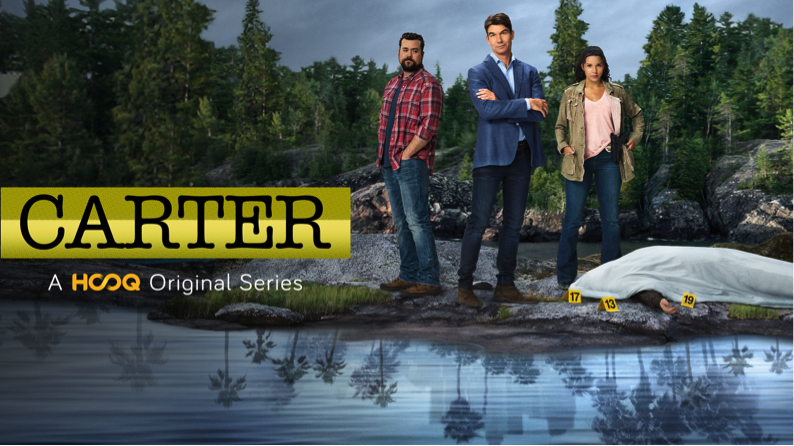 Review: Jerry O’Connell plays a Hollywood actor named Harley Carter where he had his own TV cop show in which he played a TV detective named Charley Carter. Due to an off screen street brawl with his cheating wife’s lover his show was put on hiatus so Harley decides to take a break from acting and he heads from Hollywood California back to his hometown of North Bay Ontario. In North Bay Ontario Harley teams up with his two old teenage friends, Dave Leigh (Kristian Bruun) who runs a truck catering business and Sam Shaw (Sydney Tamiia Poitier) who is now a detective with the local township where Harley, Dave and Sam all grew up.

Jerry O’Connell is a very likeable and natural actor and his role as a TV actor sleuth who gets involved in solving real life crimes with his two childhood friends in his hometown in northern Ontario Canada brings back memories both good and bad. The pilot episode was well balanced introducing us gradually to the three amigos, Harley, Dave and Sam who remind me a bit of the old Hardy Boys and Nancy Drew mysteries. We also find out that there is an old unsolved mystery pending which appears to be Harley’s mothers mysterious disappearance according to the newspaper clippings that still hang on the wall of Harley’s old childhood home.

Although this new television series Carter is a summer series I think with Jerry O’Connell as the lead actor it will lead to a much longer series run than even the producers expected. Add to that the credible acting of Kristian Bruun and Sydney Tamiia Poitier as Harley Carter’s partners in their crime solving up in northern Ontario and the producers just may have a hit show on their hands.