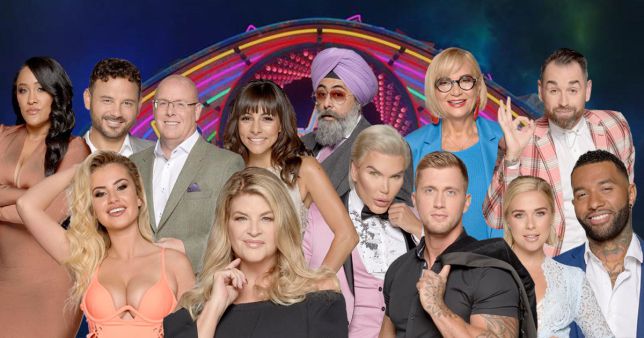 Review: The common factor of the 2018 Celebrity Big Brother is supposed to be that all of the contestants have lived through public humiliation, tabloid hell and been traumatised by fame. True enough.

So what better form of sensitively nursing them away from nervous breakdowns than slamming them into the Big Brother house for a few weeks? During which time and for long after, they will, as well we and they know, find themselves living through public humiliation, tabloid hell and further fame based trauma. See the logic?

Addicted to fame as they all so obviously and painfully are – otherwise why go through it? – it is like stuffing a load of crack addicts in a house full of more rocks than you can shake an improvised pipe at, but expecting them to stick to the green tea. Plus, when they tell us that they’re passionate having the public see the “real” them what they are really trying to say through the forced smiles and spray painted charisma is: “Yes I am desperate for fame. Yes I have nothing else. Yes I need the money. For God’s sake please, please help me.”

The one who deserves to win, in the sense that you really fear what might befall him otherwise, is Rodrigo Alves, the weirdest face to appear on our screens since Natasha Kaplinsky stopped reading the news. He’s had 62 “plastic surgeries” as he calls them, including having four ribs removed, which he carries around in a jar. Not that he’s looking for attention or anything.

Rodrigo is the self-styled “Human Ken Doll”, whereas he looks more like he’s flown straight in from Tracey Island on Thunderbird 2. Like a petri dish experiment mixing the the DNA of Pat Butcher and Liberace, he actually told us – I’ve checked my shorthand – he wants us to see the “real person”. Funny way of going about it, Rodrigo. Pink suit, teeth whiter than a Ukip party conference, he used to be a flight attendant. Who guessed?

As strong as the humanitarian case is for the Human Ken/Thunderbirds puppet to win, I quite fancy the idea of Stormy Daniels (not Stormzy Daniels as first I thought when I heard the rumours) as the winner, just because it would wind Donald Trump up. (And, by the way, Mr President, the Big Brother House has an enormous wet room, should you wish to drop by).

Not glimpsed last night sadly, but reportedly on her way in due course, I wonder if Stormy will find herself embarrassed appearing on Channel 5. After all, the star of Sexbots: Programmed for Pleasure, Love in an Elevator and Toxxxic Cumloads 6 might have expected better than to be banged up with a load of ex football players, soap actors and reality star studs, with cameras trained 24/7 on her dorm bed, her bodily treasures always at risk of exposure. I really pray that she doesn’t try it on with Rodrigo. Trump might get jealous.

Who else? Well, Sally Morgan, jaded TV psychic who has obviously been recruited to give jaded TV critics some easy lines about “she should have seen that coming” and “where’s her crystal ball when she needs it”. I don’t need gags like that, and I reckon she will leave due to unforeseen circumstances. I know, predictable.

The surprise “star”, which they are still saving up is rumoured to be Samantha Markle, step sister of HRH Meghan, Duchess of Sussex, bride of Prince Harry and daughter-in-law of Elizabeth II. Dunno why they want her along.

It dragged a bit, to be honest, and the host Emma Willis couldn’t conceal the paucity of personality they’ve dredged up this year, which includes her own likeability deficit, or the grim psychic reality that whichever poor sod “wins” will end up losing their winnings, their dignity and very possibly the remains of their sanity, roughly in that order, just as they all already have in their celeb careers thus far. It going to a long, hottish, humid, sweaty Stormy summer in which you will see ample evidence of the human tendency to place hope over experience. That, by the way, goes for the viewers as well as the contestants. It is a spectacle of celebrity in the year 2018 as devalued as the Turkish lira or Ben Stokes’ reputation for conflict resolution.