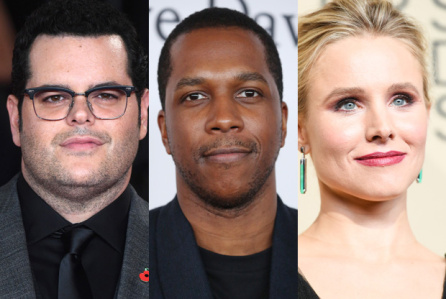 Review: The series comes from the creator/executive producer of the Emmy-winning Fox/20th TV animated comedy series Bob’s Burgers Loren Bouchard, who co-wrote it with the Bob’s Burgers‘ executive producer Nora Smith and actor-writer Josh Gad (Frozen). The show’s voice cast includes Gad, Leslie Odom Jr., Titus Burgess, Kristen Bell, Stanley Tucci, Daveed Diggs and Kathryn Hahn.Central Park tells the story of a how a family of caretakers, who live and work in Central Park, end up saving the park, and basically the world.

Bouchard and Gad executive produce alongside Brillstein Entertainment Partners, with Smith serving as consulting producer. Kevin Larsen, who played a key role in getting the project together, is a producer.Central Park was developed at 20th TV — home of such animated series as The Simpsons, Family Guy, Bob Burgers, King of the Hill and American Dad — where Bouchard is based. It was originally eyed for Fox, which has been looking up to ramp up its animated offerings, recently ordering Lil Kev animated pilot presentation based on the comedy of Kevin Hart.

After Fox ultimately passed on Central Park, 20th TV took the project out, sparking a heated bidding war among Apple, Netflix and Hulu.Central Park marks the first animated series for Apple and one of two series the new streaming players has give a 2-season order, along with the morning show drama starring Jennifer Aniston and Reese Witherspoon.

It also marks the first animated comedy series in the streaming space for 20th TV. The vast majority of the studio’s animated shows to date have been for sibling broadcast network Fox. (American Dad, which currently airs on TBS, originally ran on Fox for 11 seasons.