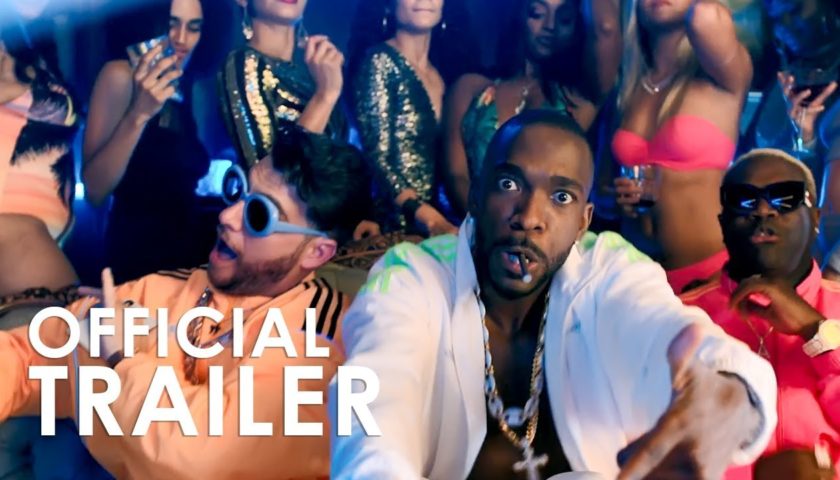 Review: When the universe closes a door, it opens a window. On December 12, Comedy Central confirmed the cancellation of “Detroiters,” a joyous comedy co-starring and co-created by Sam Richardson. On December 13, YouTube Premium released the first season of “Champaign ILL,” co-starring Richardson and co-created with David Caspe (“Happy Endings”) and a slew of his former writers.

“Champaign ILL” isn’t quite the second coming of “Detroiters” — its black comic elements stemmed from characters more jaded than Sam (Richardson) and Tim (Tim Robinson) ever were —  but the two shows share more than Richardson’s increasingly bankable charms. They both rely on chemistry and creativity, track two best friends who rely on their artistic prowess to succeed in life, and take their show titles from the Midwest. (“Champaign ILL” references Champaign, Illinois, home of the University of Illinois and the best gosh darn Italian restaurant West of New York.)

Most significantly, the new buddy comedy is an absurd, fun, and fresh spin on adults stuck in arrested development. Kicking off in 2003, “Champaign ILL” introduces Ronnie (Pally), Alf (Richardson), and Lou (Jay Pharoah) as three best friends who just graduated high school. Ronnie is a “certified genius” with plans to go to Yale and start a non-profit. Alf insists he’s going to marry his third-grade sweetheart, and Lou has a secret: He just signed a recording contract to become the next hip-hop superstar. Though nothing is guaranteed — as his cohorts quickly remind Lou — he’s heading to Miami to put down his first album and asks his friends to come along for the ride.

Thinking they can defer college for a year without any damage, they agree. Next thing you know, it’s 15 years later, Lou has hit the big time, and Ronnie and Alf have been totally corrupted by the fame and fortune provided by their friend. Selfish, image obsessed, and sporting some seriously questionable hairstyles, they have become so wrapped up in Lou’s luxe world they forgot to grow up and become their own men.

Through a blunt and nicely timed twist not to be spoiled here, Ronnie and Alf soon find themselves broke, adrift, and “slumming it” in their respective parents’ houses back in Champaign. After bouncing between Miami and Paris for $40,000 dinners, the quaint confines of suburban Illinois feel a tad, well, confining. Will the two men languish without the lucrative support of their peer, or rediscover and realize the potential they had before the mooching began?

It’s a simple premise, but intentionally so. Pally and Richardson run wild with their cocky characters, bringing loud, empty, but comedically inventive aggression to scenes that illustrate their frustration with the sudden lack of privilege. (Their first trip to the airport, without the accommodations of a private jet, quickly craters into relatable and hysterical outrage when they discover what “normals” are charged for carry-on luggage.) At times, their childish antics can paint the macho men as too self-involved, which lowers any interest in their journey, but usually the writers know where to draw the line and how to bring the characters back toward empathy.

Having these actors lead the way is invaluable, and not only because they’ve racked up more canceled-but-beloved series than anyone short of 40 deserves. Pally can downshift from wide-eyed, authoritative accusations to a put-upon lapdog, and the miniature fits he throws are a delightful push-and-pull between the extremes of Ronnie’s ego. It’s like he’s only arguing with himself, at all times, and he’s still elatedly stunned to win or dejectedly tolerant of losing. (There are a few great scenes where Ronnie unveils a new life plan, but one family dinner features a particularly detailed performance via a beat-by-beat breakdown of Ronnie’s dreams clashing with reality.)

Richardson, on the other hand, is as skilled a physical performer as he is a master of timing. The way he pops his lips when emphasizing a certain point is enough to garner chuckles, and there’s a barely controlled energy that makes you perk up and pay attention. Best of all, the two have immediate chemistry. “Champaign ILL” is well edited with clever visual additions (like texting bubbles and expository inserts) that keep the momentum up, but much can be said for the two men’s learned timing with each other.

Through three episodes, there’s more than enough here — including a strong supporting cast highlighted by Danielle Schneider and Allyce Beasley — to make a season’s investment worth your time. “Champaign ILL” sets itself a clear path toward growth, crafting compelling episodic arcs, but the series still relishes the foolish side of its stars. Now, it just needs viewers.