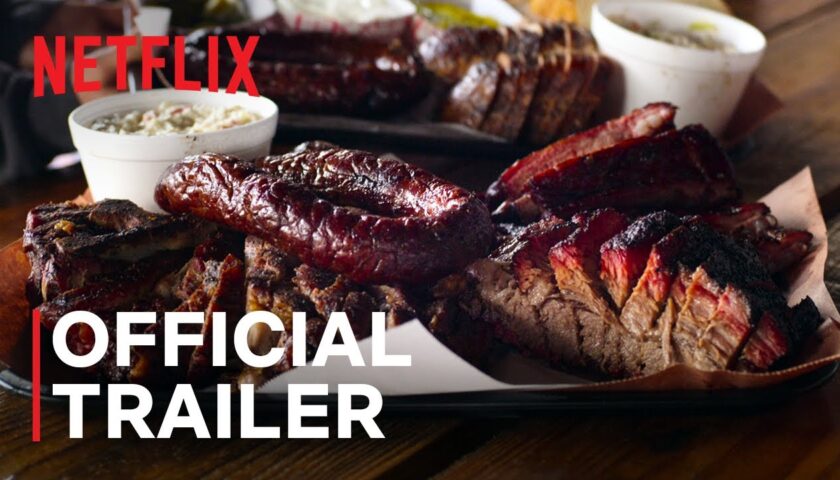 There are few series on Netflix that have captured my attention more than Chef’s Table. The exploration of food and the journey of those who make it always captures me and brings me into this world. Today we are looking at the next sort of spin-off of the series since Chef’s Table France with a look at the joy that is Barbeque.

One of the exciting things about BBQ is that it means very different things depending on what country you are in. So for this series, their interpretation of BBQ is food cooked under, above, around a fire. As will be mentioned in the series as an Australian, I grew up cooking food over an open flame, and I still try to when I get the chance. This means a series about food cooked on fire is an instant sell for me.

One of the ways this series works is its exploration of fire. The charcoal that radiates heat and smoke to the pigs above, the smoke billowing out of the chimney, and the flames were licking the steak from below. The food cooked long and slow that you can almost smell as the steam rises up from the plate. Look it is the type of show that you don’t want to come into on an empty stomach.

While the food is one component of the show, it is also the personal stories that help shape the episode and series. The episodes run through the whole gamut of emotions to where you can be laughing and crying in the same episode. There were more than a few times where I found tears rolling down my cheeks. While not every episode hits that emotional level, it is a joy to watch at every moment.

In the end, do we recommend Chef’s Table: BBQ? Yes, yes we do. It is a beautiful look at both the process of making the food and the people who make it. Each explores a different way that BBQ can be and each of them is important and delicious.

By Brian MacNamara: You can follow Brian on Twitter Here, when he’s not chatting about Movies and TV, he’ll be talking about International Relations, or the Solar System.

Have you seen Chef’s Table: BBQ yet ?, let us know what you thought in the comments below, feel free to share this review on any of the social medias and and have a happy day.