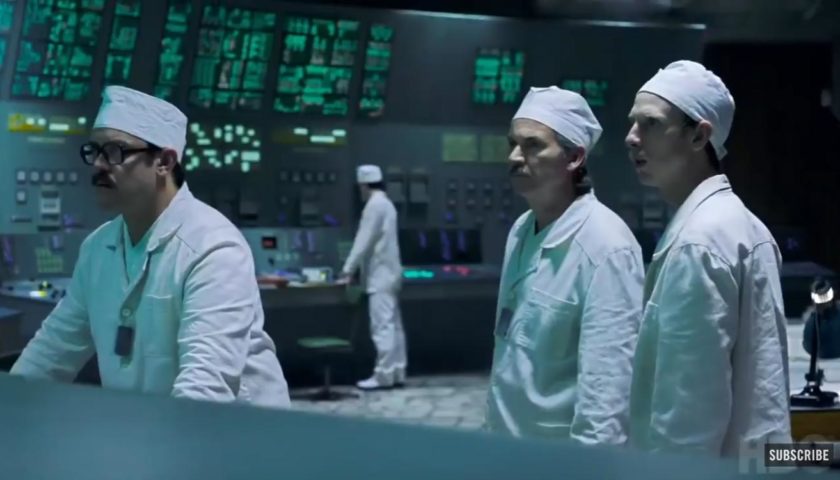 Review: The word “Chernobyl” has become so synonymous with what happened in the nuclear power plant of the same name that it’s hard to imagine a series based on the 1986 disaster being called anything else.

HBO has released a teaser trailer for its upcoming five-part series based on the lead-up to and consequences of that fateful event. Filled with the kind of images that one would expect from a biography of that dangerous episode, this first look also underlines the fact that this is not going to shy away from the horror inherent in the event’s history.

Jared Harris stars as Valery Legasov, a real-life individual who was tasked with determining the causes of the incident in its immediate aftermath. Among the rest of the ensemble are Stellan Skarsgård, Emily Watson, Paul Ritter, Jessie Buckley, and Adrian Rawlins, each playing people wrestling with the physical and psychological toll that tending to the survivors and grappling with the truth took on all involved.

All five episodes in this series will be directed by Johan Renck, who was previously behind the camera for the SundanceTV series “The Black Panthers” and the opening two episodes of the Netflix series “Bloodline.” Creator Craig Mazin wrote the series as well, his first major foray into drama after working on films in the “Hangover” and “Scary Movie” franchises.

Worth noting in this announcement is that these episodes will be airing on Monday nights, beginning in early May. Traditionally, Monday nights have been a slot for HBO’s slate of documentary films, with their prestige-aimed scripted programming targeted towards Sunday, Friday, and Saturday. After “Chernobyl,” up next for the network in the limited series realm is the Helen Mirren–starring “Catherine the Great.”

Watch the teaser for the series below: