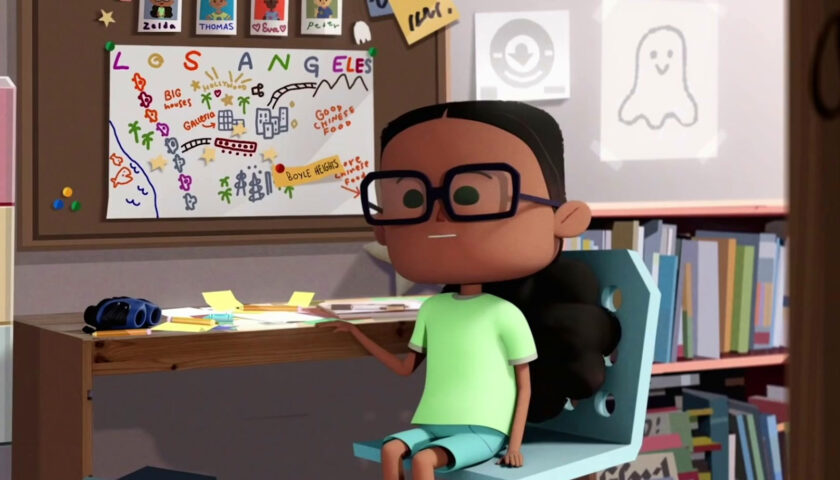 Netflix is dropping a new series for kids in March that looks unlike anything you’ve ever watched as a family. City of Ghosts — a documentary-style series that features animated characters with live-action backgrounds — follows Zelda, a kid from Los Angeles who forms The Ghost Club with a bunch of new friends.

According to Netflix, the group of ghost-lovers “learn about the rich history of their city through encounters with friendly neighborhood ghosts. In each episode — which is based on and voiced by real residents from different neighborhoods — the members of The Ghost Club help others learn to inhabit the present by communicating with the ghosts of the past.” City of Ghosts comes from the mind of from Emmy-award-winning animation director Elizabeth Ito (Adventure Time), who was inspired to create the series for her own family.

“I created City of Ghosts for my kids and I to watch together,” Elizabeth told POPSUGAR. “My goal was to create a quieter, gentler show that could also teach them about the different people and communities that make Los Angeles special. I also hope kids, especially mine, see themselves represented as the smart, funny, and intuitive people that I see them as.”

Watch the trailer for the first six-episode season of City of Ghosts above, see photos from the show ahead, and mark your family’s calendars for the show’s release on March 5.