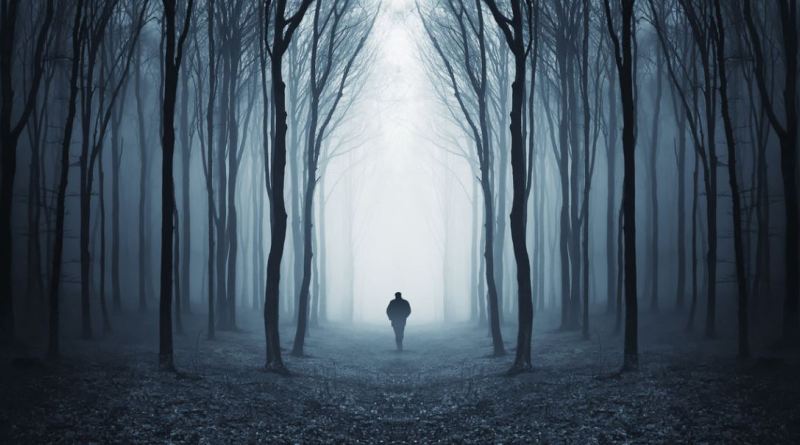 Clinton Road follows Michael (Young) who has lost his wife down the stretch of road that has a history for mysterious supernatural events, and after a year Michael gets contacted by her sister Isabella (Morrison) to go in search with a clairvoyant, Begory (DeBello), of the stretch of road with friends. They soon find themselves being haunted by the events of the road themselves.

Clinton Road uses the cheap story idea of “inspired by true events” and by doing some research through the ever-reliable Wikipedia, we can learn that the mystery about the road is true, while the story we follow is fake; you can read more about the mystery here. The story we must follow puts our characters on a hunt for the truth, which soon just follows the five friends running around the woods in the dark being haunted by the ghosts of the road. We seem to not use the full idea of a paranormal investigation and just have a clairvoyant who offers next to nothing to the events of what happened to the missing wife. In the end, the story just tries to do what ‘The Forest’ did, having a fictional nonsense story surrounding a real area with a history of the unusual.

Clinton Road is a film that has managed to add a couple of bigger named actors in Ice-T, Eric Roberts, and Vincent Pastore as a draw, while it is the lesser-known actors that must do the work for the film. The performances are affected by the weak script and poor characters; Ace Young and Katie Morrison try their best to make something out of the characters in the leading roles.

Clinton Road is a horror movie that sends us into a stretch of road surrounded by woods which has been having supernatural events around it; we have the ghostly figures that do have a distinctive glow to them, which shows them coming around to haunt the friends, but it does end up just becoming the group of friends running around screaming and dealing with their own past. We don’t get any moments that give us any scares which is what we need in a horror film, and by the end, we just don’t feel like we get any actual answers.

Overall Clinton Road is a weak horror that has poorly written characters, uses the lazy ‘inspired by true events’ tag to claim it really happened, just to get a group of young talented actors to run around the woods doing nothing of any note, and you will forget about it within five minutes of the film ending.