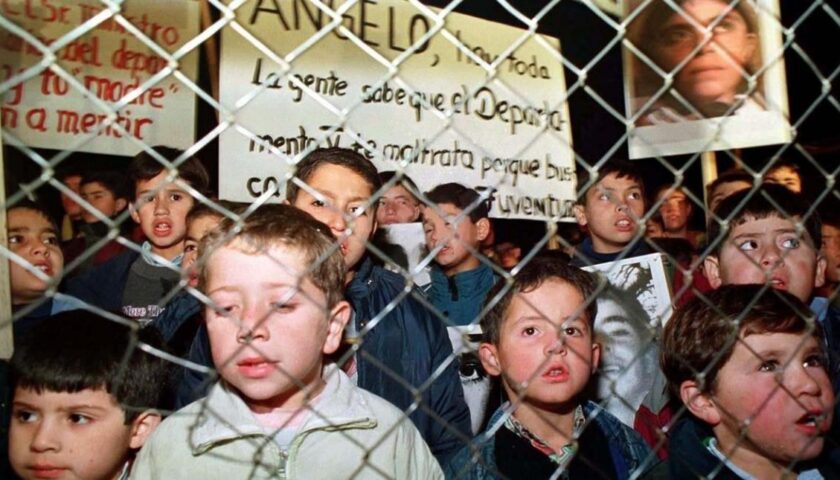 In A Sinister Sect: Colonia Dignidad, the horrors of a German Christian colony established in Chile in 1961 are brought to light. The story has been told in films like Colonia, but in this docuseries, we hear from survivors and experts alike. Led by abusive, manipulative German fugitive Paul Schäfer, the group tortured its members, and left lifelong scars on the children it claimed to be helping.

In the 1960s, a group of Germans arrived in Chile. Following the construction of the Berlin Wall, they decided to follow Paul Schäfer, a German preacher who had been run out of the country for molesting young boys. Despite his history, these people worshipped him “like Jesus”, and he established “Colonia Dignidad” – or “Dignity Colony” in Chile, where the Germans brought locals into the fold. Over the course of A Sinister Sect‘s first hour, we learn from survivors of this abusive cult just how quickly paradise became a place of pain and suffering.

Schäfer – whose sermons sound a lot like Hitler angrily spreading the word of God – took hold of the community almost effortlessly, and had people bring him young boys at night. Many turned a blind eye to this habit, whether because they were brainwashed or simply didn’t want to accept this horrible truth. Survivors recount how there was a “torture school” in the potato cellar, how they dreamed of taking revenge, and how even today, children of the founders still keep the colony – now called “Villa Baviera” alive. And that’s just the beginning of the story.

It seems as though there’s a new cult documentary dropping every week on some platform or another; from MLMs and sex cults to doomsday and various Jesus-worshipping groups, cult content isn’t going anywhere anytime soon. A Sinister Sect: Colonia Dignidad easily earns a place among some of the best on the subject out there thanks to an abundance of clear, chilling archival footage and first person testimony from survivors of the cult and those who are still involved in the current iteration. Much like horror miniseries Midnight Mass, A Sinister Sect shines a light on the hideous, inhumane things people do in the name of God – but this is all the real deal.

Sexual abuse and torture within a cult is no new revelation, but there’s something particularly horrifying about the nature of what went on behind closed doors at Colonia Dignidad. These Nazis were welcomed to Chile with open arms, given land and privileges by the government – and they used these gifts and generosity to create a living nightmare for so many people living there, children now grown who still bear the scars of what was done to them all those years ago. With 6 hour-ish long episodes full of riveting and appalling details, A Sinister Sect will likely appeal to those who boast a fascination with cults and true crime alike.