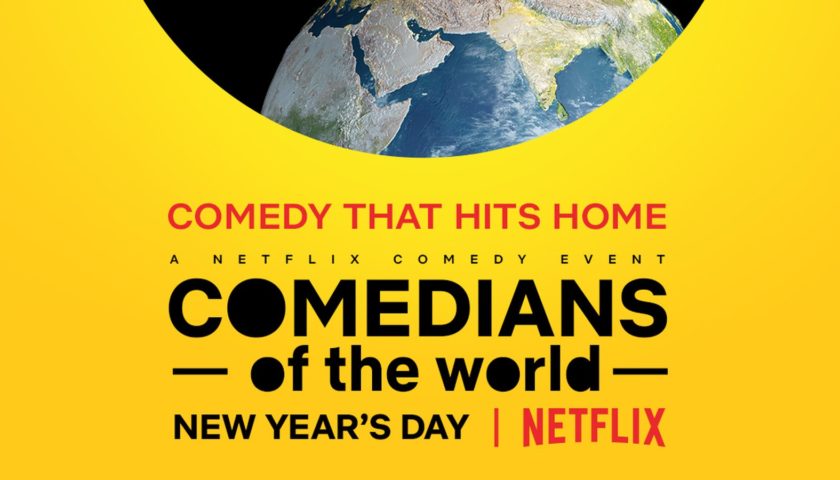 Review: a new comedy event series that will bring together 47 comedians from 13 regions around the world for the series. Each comedian will perform a half-hour stand-up. The concept of regrouping stand up comedians in one special is awesome. The level of the French stand up comedians is really low though. France has so many good comedians but Netflix brought us the worse of the worse.

Look, I’ll make it simple enough for you. You like stand-up comedy? Try watching some “Comedians of the World” episodes, you’ll enjoy it.

Right out of the bat, it’s pretty clear that this is all about comedy and diversity, and it does a great job at both of those things. Here you have 47 different comedians, all doing a 30-min routine, coming from the US, Australia, New Zealand, Canada, South Africa, UK, France, the Middle East, Mexico, Brazil, the Netherlands, Germany and India. There’s men, there’s women, there’s fat people, skinny people, gay people, straight people, people speaking different languages, and all of them are funny in their own right.

You’re probably not going to like all of them, but there’s enough stuff here for all to enjoy. If you have watched all episodes that you think you might like, why not put some subtitles and try something new?