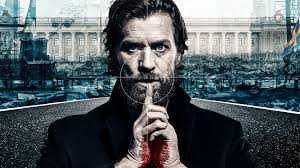 Review: ‘Conspiracy of Silence’ is a complex and uncompromising political thriller that explores the murky world of the international arms trade. The eight-part series is the latest original production from MTG Studios and will premiere in 2018 exclusively on MTG’s video streaming service Viaplay and later on MTG’s free-TV channel TV3.

‘Conspiracy of Silence’ is produced by Brain Academy, a part of MTG-owned nice entertainment group, in co-operation with UK-based Pinewood Television. International distribution will be handled by Eccho Rights.

Jakob Mejlhede, MTG EVP and Head of Programming and Content Development: “Is the defense industry defensible? Our original drama slate shows that we’re always ready to tackle controversial questions, including Sweden’s role as one of the world’s leading arms exporters. ‘Conspiracy of Silence’ is a fast-paced story of revenge, guilt and double standards that will leave you breathless – and angry.”

Ira Gladnikoff, Head of Viaplay: “From award-winning kids series to hard-hitting drama, Viaplay is the Nordic region’s premium destination for original content. We’re constantly bringing our viewers even more of what they love – whenever and wherever they want it – and we’re sure everybody will be talking about ‘Conspiracy of Silence’.”

MTG Studios is on a journey to become the Nordic region’s leading producer of original content with over 50 projects in the pipeline. The latest productions commissioned by MTG Studios are the dramas ‘ALEX’, starring Dragomir Mrsic, and ‘The Lawyer’; political thriller ‘Embassy Down’; and the second season of LA based comedy drama ‘Swedish Dicks’. Recent premieres include Nordic noir ‘Hassel’; kids series ‘Peppy Pals’; and biopic ‘SuperSwede’ about the life of Formula 1 driver Ronnie Peterson.

A global distribution deal was recently signed for ‘Veni Vidi Vici’ with DRG, while ‘Swedish Dicks’ has been picked up by US network Pop TV.