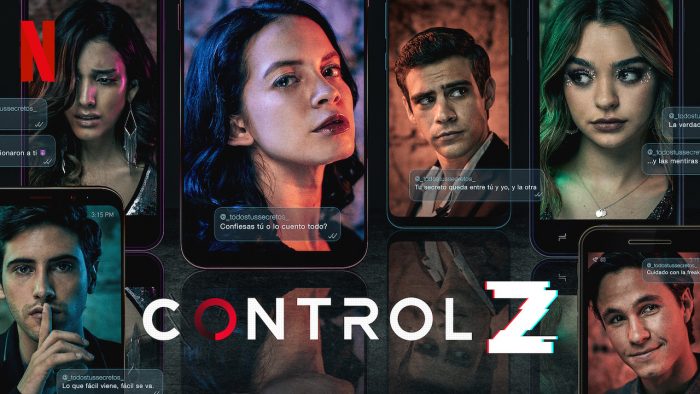 The trope of a socially isolated teenage girl is a tired, destitute one, which still somehow manages to crop up endlessly. Its latest iteration is Sofia (Ana Valeria Becerril), the “I’m not like other girls” teen at the centre of a high school hacking conspiracy in Netflix‘s Control Z.

The series itself feels like a mixture of Gossip Girl and Black Mirror, finished off with a dash of Sherlock. Yet Control Z manages only to take the most irritating elements of all three worlds, offering a new series that feels derivative at best, infuriating at worst.

Sofia is framed as volatile, with visual glitch effects used to represent her unstable mind picking up hyper-specific details about other people’s appearances and experiences. For some reason that’s not explained, when a hacker targets El Colegio Nacional, revealing everyone’s darkest secrets, Sofia is unofficially tasked with solving the mystery.

What unfolds is a frustrating melodrama, a carousel of stereotypes and cruel formulas rather than any original, stimulating story about modern youth. Pick your poison: transphobia, homophobia, self-harm (with no content warnings), slut shaming. Control Z has it all, and while some characters might try and feign self-righteousness for any one cause, they are never validated. Bad behaviour is never truly punished – but it’s not even fully explored, to put the viewer inside the mind of the sinner, either.

When new student Javier (Michael Ronda) arrives, he and Sofia are paired together for a science project. Yet another cliche blooms – the tanned, athletic boy strikes up an unlikely relationship with the “weird” girl. However many plot twists develop within the investigation, such glaring laziness, reducing characters to one-line descriptors, dilutes the stakes.

In the aesthetics, too, Control Z feels out of touch with the people it’s claiming to understand. There’s the nagging sound effects of social media apps, nondescript in their design, ever-present in non-sensical holograms just to highlight how much, really, teenagers are just so addicted to their phones.

It’s instances like that, as well as house parties that play soulless dubstep and see lavish mansions overflowing with kids who can’t keep their hands, or mouths, off one another, that make the disparity between the show’s creators and its protagonists feel so enormous.

Both Billie Eilish and Perfume Genius find some of their finest tracks shoehorned into unconvincing and undeserving scenarios, but the finest example of Control Z’s tone deaf misfiring comes right at the end. As confessions emerge, punches are thrown, bullets fly, the song signalling the end of events, at least for this season, is unmistakable.

While these Mexican students weep and hide, ‘Land of Hope and Glory’ plays over the top. Yes, that one, the British patriotic anthem from 1901. Such a decision isn’t explained, or justified, but somehow seems to embody the show’s colossal confusion. Immense spectacle, little sense – if this is the way the makers of Control Z imagine all teenagers to act, feel and think, maybe they really haven’t spent enough time on the Internet.