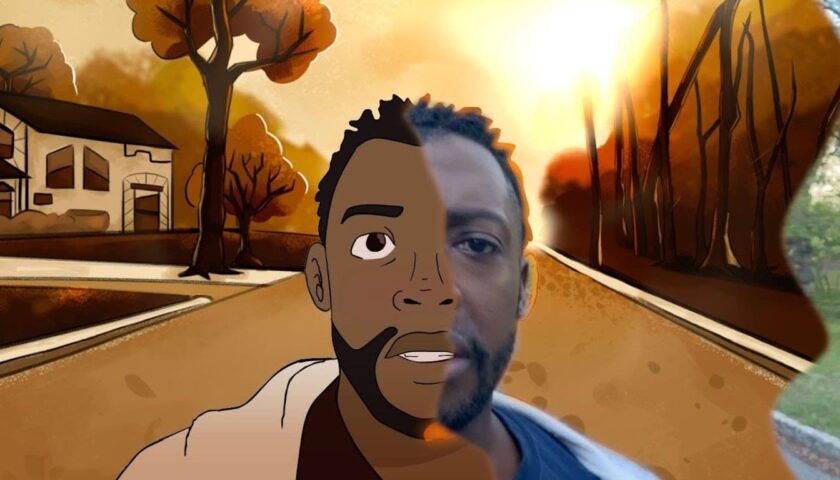 Animated film based on the poem created by Timothy Ware-Hill, explores the lives of black people, especially in the United States. Created after the incident and murder of Ahmaud Arbery, this short animated film takes people on the journey of how lives has been disturbed and disrupted due to police brutality, racial profiling and lives lost due to various crimes. The animation movie has been made by over more than 30 animators, artists and VFX creators. More than half of the people behind the scenes for this film are black and shows the representation of the community in the industry. The show focuses on various issues that the poem reflects and each artist shows that particular issue in their own style. This film has been made to show awareness amongst the people about cruelty towards the certain community in the US.

The conceptual framework for Cops and Robbers (Animated Short Film) had its intricate details which are visually appealing but extremely difficult to pull off as the whole thing is like a rapid-fire rap but its poetic justice is brilliant. Co-written and performed by Timothy Ware-Hill, Cops and Robbers (Animated Short Film) is like a breath of fresh air with it’s on point ambiguity. The short has a raw and rustic nature in delivering the message which creates a sense of seeking justice in the minds of the viewers and the rhythm of the poetry is balanced to equilibrium by Ware-Hill. The short for the first set to be a Nickelodeon project but due to creative differences, it found it’s home on Netflix. The creators have successfully created awareness while asking several questions about the current social situation of the world.

“Prejudice is a burden that confuses the past, threatens the future, and renders the present inaccessible“:- Maya Angelou. The world in its current state of affairs has become a place where even the most civilized and educated people turn out to sheer hypocrites when it comes to the prejudices that they follow in day to day life. It has become increasingly important to understand that every human was created equal and no matter what the case is, this cannot be changed and should not be changed. Cops and Robbers (Animated Short Film) is a spoken word poetry piece on the controversial murder of Ahmaud Arbery. It is a response by the creators of the whole scenario of racial profiling that is prevalent in our society.

The Mutual Understanding of Problems
The short film is a collaborative effort of more the 30 VFX artists, working across different studios, but with the mutual respect and understanding of the events involving Ahmaud Arbery and the subliminal racial discrimination existing in the world, the creators have crafted a piece of work that is innovative and thought-provoking. The executive cast has Jada Pinkett Smith as a producer which shows how people have come together to pool their time and resources for the cause.

It is a well crafted short with a clear message, perfectionism in performance and thought-provoking, with its the culmination of different art styles and incredible audio processing which should be given a proper audience engagement to ensure the propagation of better and ethically correct ideologies.