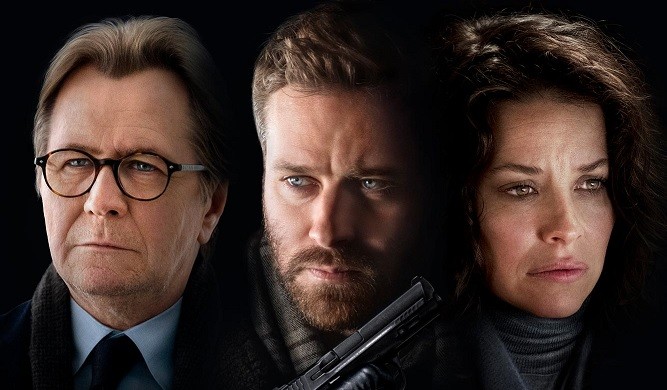 Setting out to be the Traffic of the opioid era, Nicholas Jarecki’s Crisis presents a trilogy of storylines whose tendrils involve everyone from big-pharma execs to undercover cops to addicts at various stages of despair.

Sprawling and serious but not nearly as involving as it should be, the pic — Jarecki’s sophomore feature, after 2012’s similarly topical Arbitrage — may well attract interest for unwanted reasons, as one of the films co-lead Armie Hammer completed before his current social media-stoked scandals hit. The actor’s stiff, uninteresting performance here is a reminder of how spotty his filmography has been to date.

Hammer plays undercover DEA man Jake Kelly, who’s spent a year establishing his credibility as a pill merchant to a crew of “Armenian power gangsters” who traffic in Oxy. The plan is to connect these guys with a Montreal fentanyl kingpin and bring down two big drug rings at once. When not pretending to be a tough guy or laying out plans at the office, Jake’s trying to keep his opioid-addicted kid sister in rehab.

Another addict, Claire Reimann (Evangeline Lilly) is much farther along in recovery. She seems at peace during her shares in twelve-step meetings, but then her world is rocked: Her son goes missing and is soon found dead. Police say it’s an overdose, but Claire’s certain her son was no drug user. With forty ODs a week, Detroit detectives can’t dig into what looks like a simple case. So instead of relapsing into drug-fueled grief, Claire opens her own DIY investigation. Soon she’s tracking down petty dealers, following leads up the chain of command and setting out on a Dirty Harry drive to Montreal.

The third plot concerns supply. The CEO of a pharma company has shepherded development of a “holy grail”: the first non-addictive painkiller. The FDA believes in the drug, and so do the brothers whose family built the company. But a professor whose lab was hired to test it on mice (Gary Oldman’s interestingly accented Tyrone Brower) knows better. If it’s not used exactly as prescribed, the drug may well be far more addictive and deadly than any previously known.

Without being able to rely on generic policier and vigilante tropes, this third section struggles the most with Jarecki’s sometimes clunky screenwriting. Dr. Brower faces predictable hurdles when he tries to make drug execs heed the warning in his findings: First they gently try to bribe him, then they get his university’s leaders worried about the millions they pour into research, then they mount a campaign to discredit him. Oldman is convincing as a shaky man who has compromised in the past but may be about to stand firm, but the film’s presentation of his plight feels generic and prefabricated.

The film’s other two parts, which wind up entangled, move more easily — provided viewers accept the quick success architect Claire has in hunting professional drug dealers, and don’t object to the many points at which a sane person would simply call the police and say, “I’ve done your legwork for you, here are the people to arrest.” Lilly performs capably in an underdeveloped role, but the character’s own history with drugs is extraneous, serving only to give us one brief will she/won’t she scene with a bottle of pills.

Ultimately, none of the storylines offers a surprise or tells us anything we don’t already know, this many years into America’s opioid ordeal. And arriving at a moment when “Crisis” could refer to so many other calamities, its failure to illuminate anything makes it feel like a distraction.