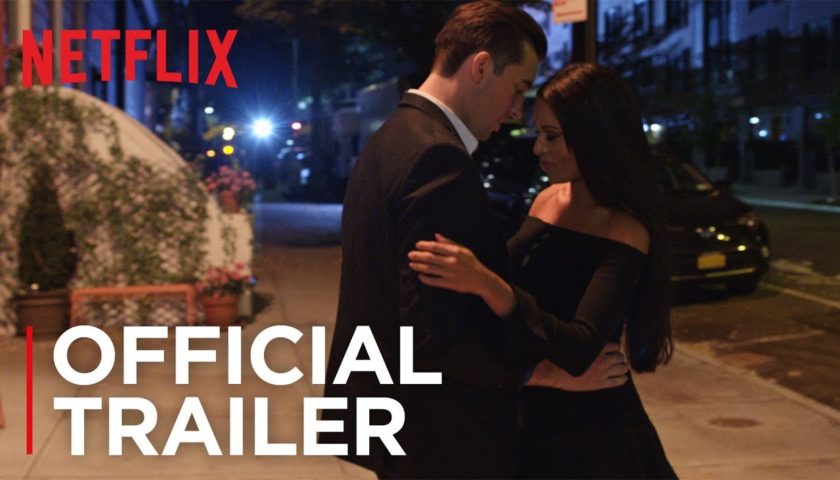 Review: Tidying Up taught you to clean your house. Queer Eye taught you to wear a lot of patterned short-sleeved shirts. And now Dating Around, Netflix’s latest unscripted series, is here to teach you to make meaningless small talk with a stranger you share no obvious connection with.

Make no mistake, Dating Around is almost certainly going to be the next big breakout Netflix hit. It serves no purpose whatsoever, but it’s such a concentrated punch of instantly disposable gratification that you will gobble the whole thing up in one sitting and only realise how bad you feel about it once it has been processed and expunged from your system.

Here’s how it works: a person goes on five first dates with five strangers. At the end they choose the one they like the best and there’s an off-screen second date. It is, by this measure, exactly the same as a million other dating shows.

The masterstroke of Dating Around, though, is that all these dates are chopped up and spliced together, so they appear to unfold concurrently. If you remember the Master of None episode “First Date” you’ll understand the notion.

So, in episode one, we meet a handsome blank of a man named Luke. He introduces himself to his date, a hesitant woman who works in the food industry. In the next scene he does the same to another woman. And then another woman. And then there’s a sequence where each of them will pore over the menu, and a sequence where they toast each other. All five dates play out at exactly the same time, in effect.

This is what gets you hooked, because the whole thing immediately becomes a horse race. Within three minutes you’ve automatically ranked all the dates in terms of suitability. We meet someone pretty but dull. We meet someone else whose opening gambit is “Guess how old I am”, falling at the first hurdle. We meet someone charming and vivacious who’d very obviously be perfect for Luke.

But, oh no, coming up on the inside is a beautiful Colombian student who doesn’t speak very good English or have a particularly wonderful personality but is absolutely beautiful.

It’s neck and neck between Vivacious and Colombian. Colombian is mounting a good challenge, but Vivacious is edging it by a nose. It looks like Vivacious is going to… wait, Guess How Old I Am has got drunk and forced her tongue down Luke’s throat! An extraordinary comeback! It’s anyone’s game now.

This goes on for the duration of the meal. But then we also follow the dates outside, where we watch them either catch fire or wither in a mess of unfinished sentences. There’s a moment in the first episode when a woman is rejected with a simple “But, um…” and it feels like you’ve seen someone get stabbed in the heart. It’s shockingly brutal, and only slightly offset by all the other footage of another date that definitely ends in sex.

If Dating Around has a flaw it’s that it is far too New York. Everyone – all the daters and datees, regardless or gender or sexuality – is a bit too generically millennial New Yorker, which means that 90 per cent of all conversations are about the pressures of the city, or the dating life in the city, or how long they’ve lived in the city, or where they go jogging in the city, or how easy it is to be vegan in the city.

This, combined with the natural tedium of all first-date small talk (“What do you do?” “I work in recruitment.” “That’s awesome!”) means the actual meat of the dates is sometimes a slog to get through.

But that’s a quibble, because it all fades away against the thrill of watching relationships thrive and crumble in real time. I’m not going to spoil the whole series, but there’s a flare-up in episode two that is Shakespearean in its emotional breadth, and it makes you realise what a fetid sewer the dating scene really is. It’s staggering – and, if you’re as old as I am, it makes you profoundly grateful that your dating days are over.

You’ll discover that for yourself, though, because I guarantee you’re going to chow through Dating Around like it’s an ice-cream cake. It won’t do you any good, but you can worry about that in the morning. – Guardian