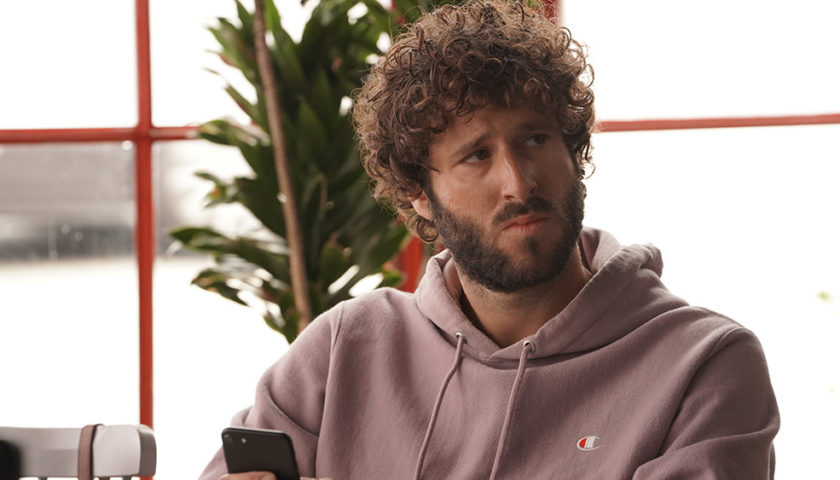 FXX’s new comedy “Dave” exists in thrall to the phallus.

Its protagonist (played by the rapper Dave “Lil Dicky” Burd in a sort of takeoff on his career and persona) is both obsessed by and ashamed of his anatomy, about whose particularities we come to learn in granular detail as the show’s early going wears on, up to and including an episode about the maneuvers undertaken to keep his girlfriend (Taylor Misiak) from learning about what his genitals really look like. This, more than Dave’s attempts to convert his somewhat myopic self-regard into a rap-world persona or his personal life — including fitfully sketched pals — seems at times to be the show’s true subject.

Which draws an interesting, and unfortunate, comparison. When Donald Glover made an FX show about characters trying to break into the music industry, it was “Atlanta,” among the most expansive, richly imaginative shows of the century so far. When Lil Dicky does it, it’s a show whose breaks from flatly telling us about his character’s private parts tend to follow a linear trajectory: Lil Dicky, a ditherer with more zeal for fame than true creative ambition, ends up trying something, it goes viral, everyone loves it. Dicky’s laconicness about everything other than talking about what’s under his clothes wears poorly over time: That the person more obliged to come up with a compelling justification for telling a story with its roots in the hip-hop world might in fact be the white rapper evidently needs to be said.

Lil Dicky is, at least, a presence who makes the minutes tick by; he can’t sell the material of the show, but one imagines a version of this series with different preoccupations, and it could work. And Misiak along with Andrew Santino and Travis Bennett form a cadre who could, too, be a delicious entourage on another show. Watching “Dave,” though, feels somewhat like being trapped with a terrible party companion, one who both fails to meet the energy of the occasion and is an oversharer besides. It comes bearing at once too much information and too little else of what makes television work.