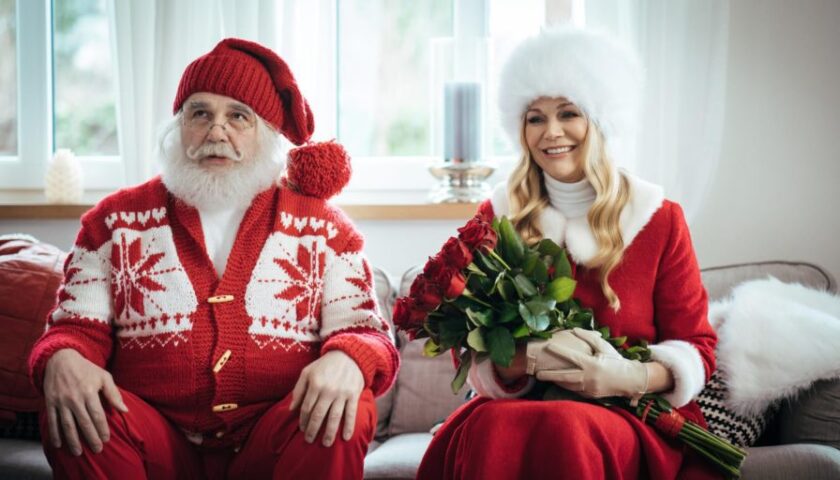 ‘David and the Elves’ is the latest Christmas movie streaming on the platform starting December 6.This jovial holiday feature is directed by Michal Rogalski. It stars Cyprian Grabowski as David, an 11-year-old boy who lives in a big city, Jakub Zajac as an elf called Albert, and Cezary Zak as Santa Claus.For ‘David and the Elves,’ the story is straightforward. Being a period of helping out and gifting, Santa Claus has a lot on his plate in Santa world, and he’s looking for someone to assist him in getting the requested wishes ready.

He enlists the help of an elf named Albert at the North Pole workshop, who aids in making tons of toys for the festive season. The elf has to show off his skills and meet the target of making all the toys before Christmas Eve.This job calls for plenty of wits and the ability to put up with the other colleagues and fellow elves who are somewhat klutzy and can’t operate the machinery properly.

So, all the workload is left on the shoulders of Albert, who, of course, ends up feeling overworked, something that sucks off the magic and benevolence of the festive season out of him.Albert doesn’t really understand the whole concept of St. Nicholas existing as Father Christmas. He believes that the gratitude people have after receiving their gifts from Santa increases the magic in the Santa world. So, he escapes into the human realm in order to gift his magic himself, but fate has something else totally different in store for him.

There is a place for Christmas miracles in a world where everything is measured in terms of money and not feelings, and they all happen in this Christmas story.Like any other kid his age, David believes that Santa Claus is real and is the most honest human he has ever imagined.He is such a sweetheart who dearly loves his parents and genuinely cares about those people around him regardless of whether his concern, care, and love cause him pain and suffering.

On the other hand, the people in his community have no affection at all. All they care about is themselves and what makes them happy while being oblivious of what’s going on around them.The people are so focused on their own selfish desires that they don’t even notice the beauty of life surrounding them.Kids normally grow affectionate to their favorite toys, which sort of end up becoming like their companion until they outgrow them. In this feature, there are no boundaries for friendship between toys and people.

David takes the chance to spread his humanity by showing Albert what real love is, which makes him believe that it is indeed possible to save oneself as well as other people.This holiday movie is not just one that will be forgotten once the Christmas period is over. It is a timeless tale that one can watch during any time of the year and still enjoy it.It is packed with plenty of heart and will not only put a smile on the viewer’s face, but it also elevates one’s mood, and audiences get to learn a few life lessons in the process.

Viewers are invited to help Albert in this modern world of concrete, asphalt, and skyscrapers as he discovers why magic is leaving the world instead of getting stronger with time and affection.Albert’s journey in his quest to restore magic is one of a kind. It encompasses a mixture of platforms all mashed up together as one. What makes this movie special is how it shows audiences that Christmas isn’t just about giving each other presents or even receiving them.It’s not about family either but the love that one has for others and vice versa. While Albert struggles to find love, David has plenty to share with everyone, which he does unconditionally.

Even though the movie spans an hour and 45 minutes, the plot is excellent, with intriguing and attention-grabbing characters. The fantastic imaginary world they live in is amazing, and the action and humor make the title even better.The storyline is easy to understand and follow; hence it is a fantastic watch for the little ones. It shines a spotlight on the aspect that many people in this world are alone and unloved, which makes the film both sad and wonderful at the same time.

‘David and the Elves’ features plenty of Christmas spirit and holiday cheer. There are no dull moments in this film; hence fans of the genre will definitely enjoy it to the max.This feature, just like any other creative work, has its minor flaws. There are scenes that are predictable and childish; however, this film is meant for fun, with the majority of the target audience being kids.Hence there is no need to be sophisticated and complicated, so the simplicity doesn’t negatively affect the film but really makes sure it serves its purpose.

There is nothing worse than watching a movie where everything is sad and too serious while the mood is supposed to be jovial. In this film, everything seems great, warm feelings all around, festive moments, and plenty of hilarious jokes, so it’s there for viewers to just sit back and enjoy without overthinking.

Overall, ‘David and the Elves’ is a fantastic story about the value of friendship, the need to love others regardless of who they are, and the desire to wholeheartedly help those in need.It is an excellent holiday movie suitable for all audiences regardless of gender and age and will definitely serve as great entertainment to the whole family.

‘David and the Elves’ has some great takeaways, too, as it addresses the basic yet crucial aspect that makes human beings human, something that has been fading away over the years, making people into selfish beings who don’t care about anything or anyone else but themselves.